Stockholm, Sweden-based death/black metallers NECROPHOBIC have set "Death To All…" as the title of their sixth full-length studio album, due later in the year via via Regain Records. Songtitles set to appear on the CD include "For Those Who Stayed Satanic", "Triumph Of The Horned", "Wings Of Death", "The Tower" and "Revelation 666".

Imhotep has uploaded video footage (see below) of NECROPHOBIC performing the new song "For Those Who Stayed Satanic" on December 26 at Mosebacke in the band's hometown. The concert marked the group's first show with new bassist Alex Friberg. 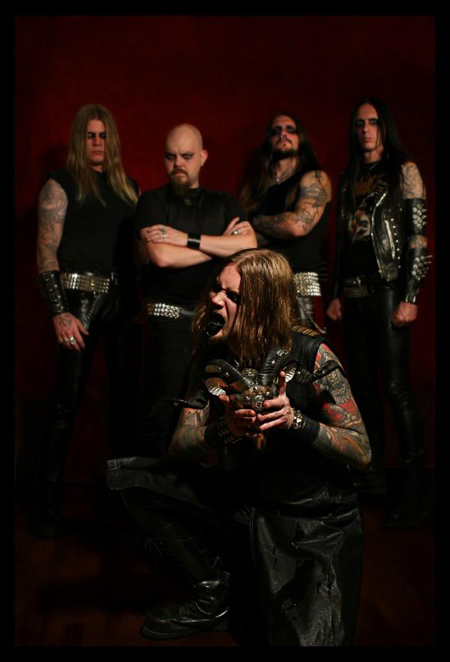