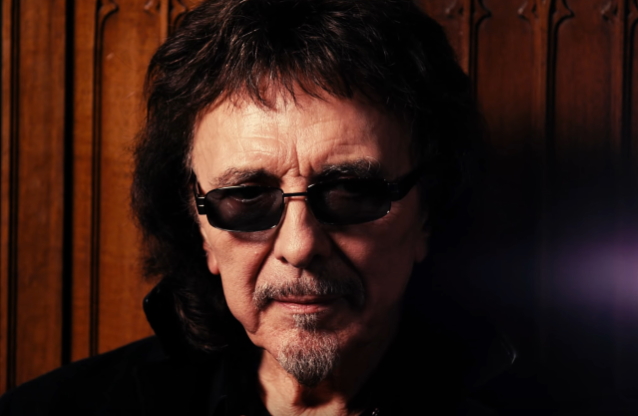 A new species of conodonts has just been discovered by a Danish/Swedish team of palaeontologists. The fossil is around 469 million years old and was recovered from a succession of limestone in western Russia, rocks that once formed the sea floor sediments during the Ordovician Period. Because the species proved to be new to science, it had to be formally baptized with a unique Latin moniker. As all study authors are passionate hobby musicians and have long love affairs with the history of heavy rock music, they decided to honor one of heavy metal's true pioneers — guitar legend Tony Iommi of BLACK SABBATH.

Says Mats E. Eriksson: "I personally have quite an extensive track record of combining my science of palaeontology with heavy music (manifested through fossils named after Lemmy Kilmister, Alex Webster and King Diamond, but also through the travelling exhibition Rock Fossils, popular science books, and even 'paleo metal' records),so it came easy to me.

"Tony Iommi has been high on my list of people I wanted to honor this way. To my great pleasure, both my fellow co-authors loved the suggestion. So, now Tony Iommi is also immortalized in the scientific literature with the gorgeous species Drepanoistodus Iommii."

This is a great fit also because just like BLACK SABBATH have a heavy legacy that includes a convoluted history of several lineup changes, the research history of conodonts is extensive and convoluted, dating back to the mid-nineteenth century. Nonetheless, it was not until the 1980s that their true biological affinity was understood, that the microscopic phosphatic elements usually found in the fossil record comprised the oral elements of a primitive type of fish. And such "teeth" (including the Iommi fossil) proved to be plentiful in the Russian rocks studied.

Adds Anders Lindskog: "The rocks we sampled at a steep Russian river bluff might not look like much to the naked eye, but they have turned out to be a treasure trove for us fossil aficionados."

Although the fossil holds a true beauty in and of itself (well, we all know this is in the eye of the beholder),Eriksson argued that it should also be given an artistic makeover. "I commissioned legendary 'heavy metal painter' Joe Petagno — whom I have been working with several times over the last few years — to make a majestic, honorary painting. I love the piece that Joe affectionately refers to as 'Tony Iommi conjuring an otherworldly gargantuan conodont.'"

The scientific article Rasmussen, J.A., Eriksson, M.E. & Lindskog, A. 2021: Middle Ordovician Drepanoistodus (Vertebrata, Conodonta) from Baltica, with description of three new species is published in European Journal of Taxonomy 74: 106–134. It can be found here. 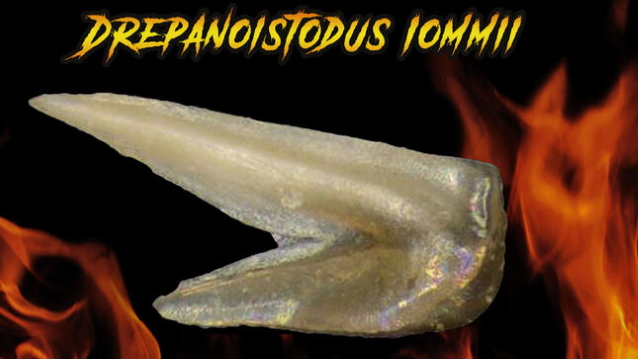 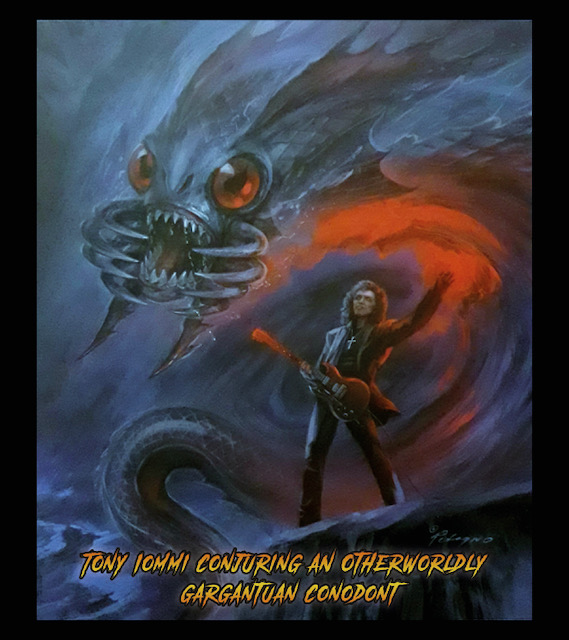