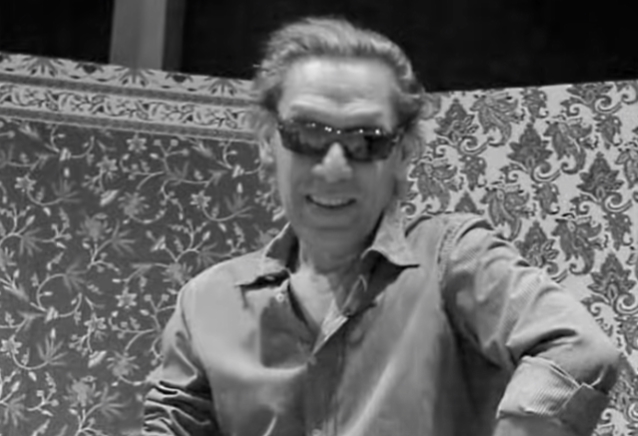 On Friday (September 10),the Van Halen Brasil YouTube channel uploaded a clip — purportedly shot earlier that day — of Alex driving down a Los Angeles freeway in his new Porsche 911 GT2 RS car. While pulling up alongside the vehicle occupied by the person doing the filming, Alex playfully flipped his cap sideways before proceeding down the road.

Greg Renoff, author of the VAN HALEN biography "Van Halen Rising: How A Southern California Backyard Party Band Saved Heavy Metal" shared the video and wrote in an accompanying message: "This is great to see. Watch it!"

If authentic, the footage marks the first time Alex has been photographed or filmed in public since the passing of his brother, legendary VAN HALEN guitarist Eddie Van Halen.

When Alex turned 68 this past May, he commemorated the occasion by sharing the following statement: "First birthday without you, Ed. The view from my drum set will never be the same. VH forever!"

Eddie passed away last October at St. John's Hospital in Santa Monica, California. Alex was by his side, as were Eddie's wife, Janie, and son, Wolfgang.

The axeman died from complications due to cancer, his son confirmed.

This is great to see. Watch it! https://t.co/Lenqu3HMU2