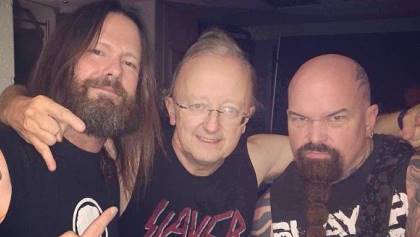 59-year-old NFL analyst John Clayton who starred in last year's popular ESPN "This Is SportsCenter" commercial that saw him as a SLAYER fan (see video below),attended the band's concert in Seattle this past Friday night (November 1).

A photo of Clayton hanging out backstage with SLAYER's Kerry King and Gary Holt can be seen below (courtesy of the band's Facebook page). Clayton was described by SLAYER as a "huge SLAYER fan and awesome guy."

"This is SportsCenter" is the name of a series of comical television commercials run by ESPN to promote their "SportsCenter" sports news show. The ads are presented in a deadpan mockumentary style, lampooning various aspects of sports, and sports broadcasting. The commercials debuted in 1994. The New York office of advertising agency Wieden+Kennedy, of Portland, Oregon, is responsible for the writing and production of the commercials. 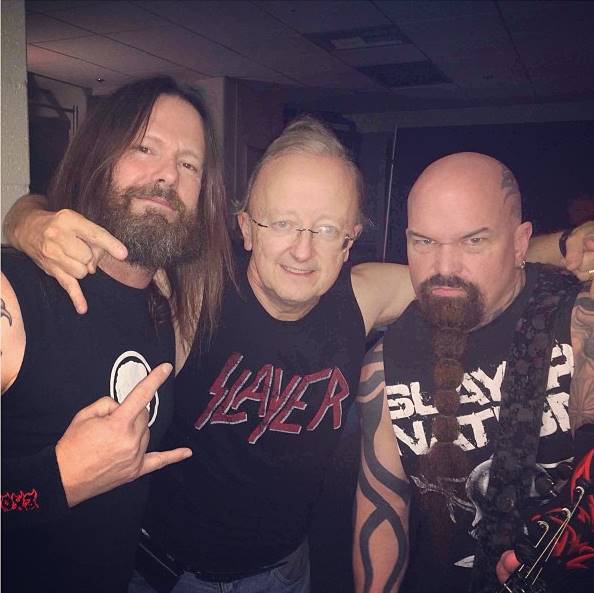