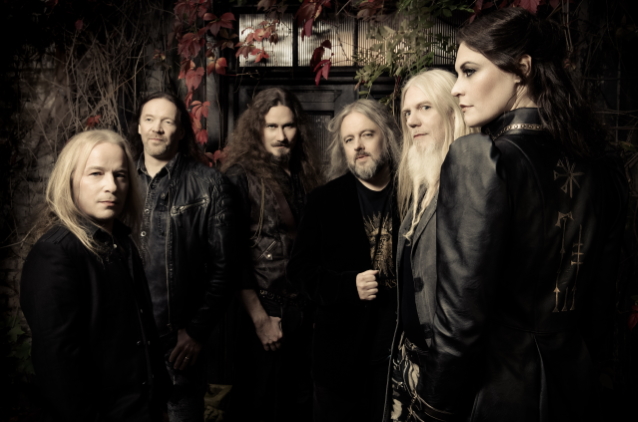 Fans wishing to know the identity of NIGHTWISH's new bass player will have to wait another month.

In an interview with "Breaking Absolutes" host Peter Orullian two weeks ago, NIGHTWISH keyboardist and main songwriter Tuomas Holopainen said that the name of Marco Hietala's replacement will not be revealed until "a few hours" before the first of the band's two interactive "An Evening with Nightwish In a Virtual World" concert experiences that will kick off the "Human. :II: Nature." world tour.

NIGHTWISH will perform in a tavern called "The Islanders Arms" built in a virtual world for two nights — Friday, May 28 and Saturday, May 29, 2021. On both nights, the fans will experience an unforgettable one-and-a-half-hour performance, hearing songs live off the latest album, "Human. :II: Nature.", for the first time ever. These two nights will have their own, slightly different setlists.

Speaking about which songs NIGHTWISH will play at the virtual gigs, Tuomas told "Breaking Absolutes" (as transcribed by BLABBERMOUTH.NET): "We're not gonna perform the whole ['Human. :II: Nature.'] album — it's not gonna be a 'Human. :II: Nature.' concert — so just some selected songs from the album a little bit split between those two shows."

He added: "[The setlist] will be more focused on the recent records, but there will be some older stuff as well. And naturally, since the departure of Marco, we had to, again, adjust the setlist a little bit because there are just some songs that are so focused on his vocals especially. For example, the song 'Endlessness' from 'Human. :II: Nature.', that was something that we were planning on performing live, but it's never gonna happen now, 'cause it's so prolific to Marco."

Hietala announced his departure from NIGHTWISH in January, explaining in a statement that he hadn't "been able to feel validated by this life for a quite a few years now."