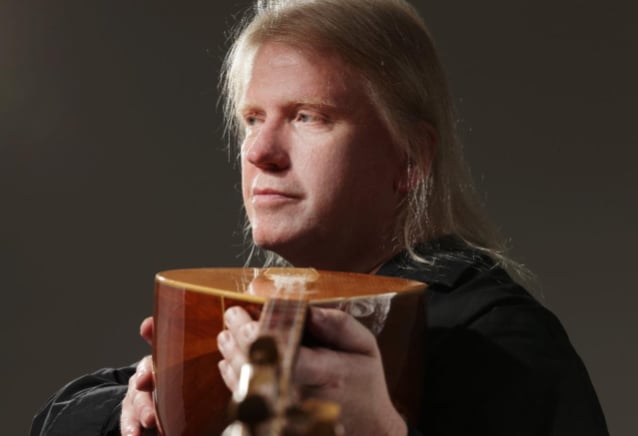 NILE mastermind and multi-instrumentalist Karl Sanders has announced that the subterranean slumber of his Eastern-ambient Saurian series has finally ceased with the impending release of its dark third chapter, "Saurian Apocalypse", out July 22 via Napalm Records. This segment of the hypnotizing saga arrives 13 years after the release of its predecessor, 2009's "Saurian Exorcisms", and nearly 20 after 2004's equally lauded "Saurian Meditation".

Emphasized by unique instruments like the baglama saz (Turkish lute),Ancient Egyptian Anubis Sistrum, Dumbek (Middle Eastern goblet drum),glissentar and gongs, the album's score weaves cinematic auras and deep grooves, accented by the tribal percussive stylings of original NILE drummer Pete Hammoura and returning "Saurian" vocalist Mike Breazeale. A wealth of musical growth and refinement, both in Sanders's guitar technique and compositional development, is strikingly evident. Eons more than just an album of interludes or ambient scores, "Saurian Apocalypse" is a shining advancement in the "Saurian" series, and the most dynamic, detailed Karl Sanders solo release yet.

Feast your ears on the forthcoming "Saurian Apocalypse" by way of its haunting first single, "The Sun Has Set On The Age Of Man", out today. Accompanied by an entrancing animated music video, the track instantly showcases the unique instrumentation, sparkling production, and ominous conceptual themes of the album — echoing with vibrating flutes, exotic percussion, and a contextual acoustic guest solo by guest guitar virtuoso Rusty Cooley.

Sanders says about "The Sun Has Set On The Age Of Man": "'The Sun Has Set On The Age Of Man' is a great choice for people's first exposure to this album. It's the opening track of the new 'Saurian' record, very cinematic and an eerie mood setter. Much like the score of an opening scene of a sci-fi movie, the song serves as an introduction for the many twisted journeys of the album that follows. It uncannily evokes that feeling we all get right after the sun has gone down and night is upon us, conjuring an awareness of the ancient, evolutionary dread of the unknown dark and its terrors that have been imprinted on the human psyche since early prehistoric man first realized that there were things in the night that would prey upon him. The track is also very special to me as it features two dear longtime friends of mine, original NILE drummer Pete Hammoura on percussion, and legendary guitar shredder Rusty Cooley on guest acoustic solos. Although Rusty certainly is a prolific electric guitar shredder, this track marks his debut on acoustic guitar. Thank you, Pete and Rusty!"

01. The Sun Has Set On The Age Of Man
02. The Disembodied Yet Slither Among Us
03. The Evil Inherent In Us All
04. Skull Fuck Ritual (Skull Breach Edition)
05. Nada Zaag
06. An Altered Saurian Theta State
07. Nihil Emplexus
08. Divergence: The Long Awaited Third Primordial Ascension
09. Mask Of Immutable Self Delusion
10. No Creature More Deserving Of Cataclysmic Annihilation 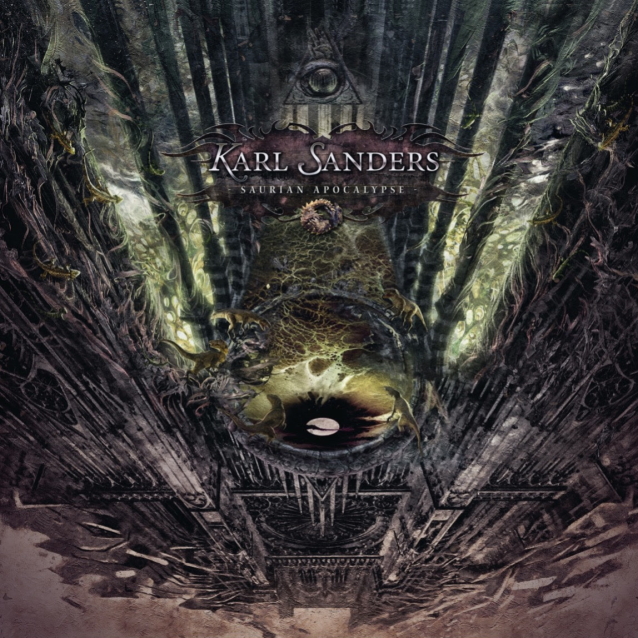