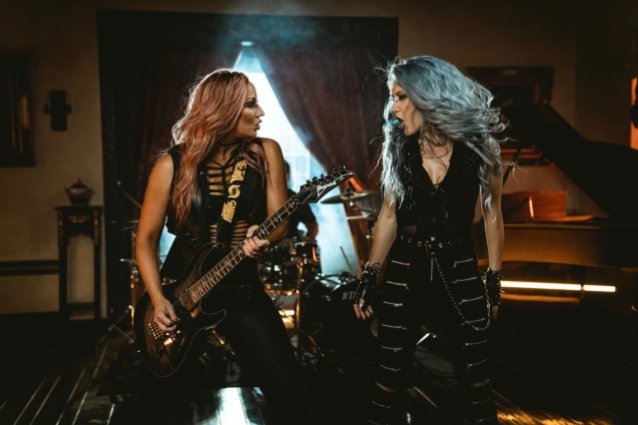 Nita comments: "If you look back at old interviews from the last ten years, any time I was asked about collaborating with a vocalist in the future, Alissa White-Gluz was always the first name out of my mouth. She is truly one of my favorite vocalists and performers in the industry and creating this track together was everything I hoped it would be.

"I'm very proud to release this track, especially now with everything else that's going on. This time in history, whether in politics, music, social media, or our personal lives, has been an eye-opening look into the two wolves of a lot of people out there, and maybe this song will be a reminder that we all have the ability to choose how we respond to things."

The lyrics of this song were inspired by "The Story Of The Two Wolves", a legend widely attributed to Native American storytellers. An old grandfather was teaching his grandson about life: "A fight is going on inside me," he said to the boy. "It is a terrible fight and it is between two wolves. One is evil — he is anger, envy, sorrow, regret, greed, arrogance, self-pity, guilt, resentment, inferiority, lies, false pride, superiority, and ego." He continued: "The other is good — he is joy, peace, love, hope, serenity, humility, kindness, empathy, generosity, truth, compassion, and faith. The same fight is going on inside you–and inside every other person, too."

The grandson thought about it for a minute and then asked his grandfather: "Which wolf will win?" The grandfather simply replied: "The one you feed."

Alissa adds: "Nita and I finally got to collaborate — something we have both wanted to do for years! 'The Wolf You Feed' is a kickass, catchy metal track with a really cool vibe. I kept the 'two wolves' analogy as a foundation throughout the song while playing up the dichotomy of the two sides of the tug of war we all have inside us. I recorded my parts in my home studio and it was an absolute pleasure to build this song with Nita. I am honored to be a part of it! Can't wait to do this again!"

"The Wolf You Feed" is the second song Nita has released featuring a star guest vocalist, the first being the enormously successful "Dead Inside" which featured guest vocals from DISTURBED's David Draiman and saw Nita become the first ever solo female to have a No. 1 hit at Active Rock radio. She also returned to her instrumental roots earlier this year with the release of single "Summer Storm", a fast-paced, emotive shred-fest. Combined, the two singles have had 3.5 million YouTube views and over 10 million streams on Spotify alone.

Nita made her live debut with Demi on July 14 with a performance of Lovato's single "Substance" on ABC's Emmy Award-winning late-night show "Jimmy Kimmel Live!".

Back in February, Nita told SiriusXM's "Trunk Nation With Eddie Trunk" about her upcoming LP: "It's gonna be half and half — six tracks with vocalists and six tracks of instrumental [music]. We've been doing ['Dead Inside'] live on the solo tour and it's been getting a super-good reaction from our crowds." 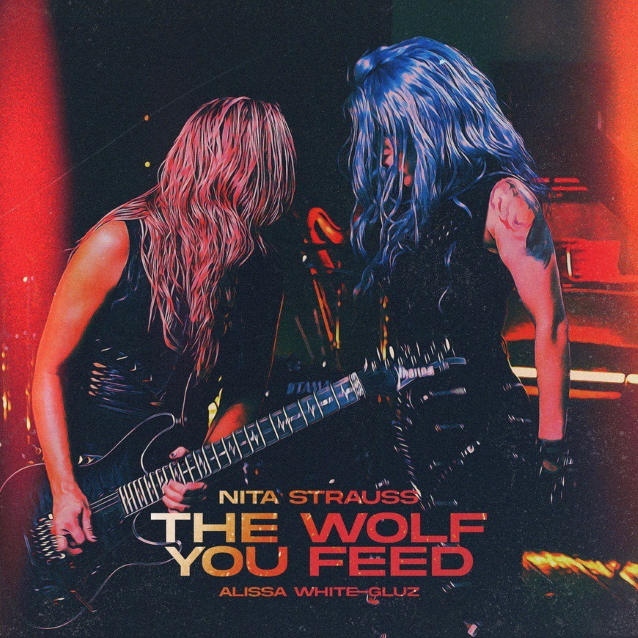