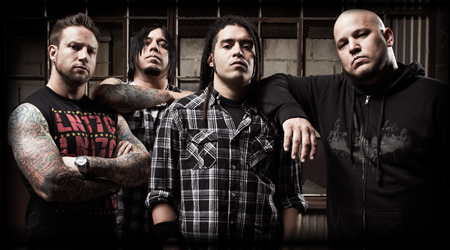 Drummer Robb Rivera of Southern Florida hard rockers NONPOINT was interviewed on the March 19, 2011 edition of the "Maximum Threshold" show. The chat is now available for streaming using the audio player below.

NONPOINT has been on the road nearly nonstop since the beginning of 2010, sharing the stage with COLD, SEVENDUST, DROWNING POOL, HELLYEAH and playing memorable sets at Rock On The Range and U.K.'s Download festival.

NONPOINT's "Miracle" video was directed by Dale "Rage" Resteghini, whose credits include videos for ANTHRAX, FALL OUT BOY, LIL WAYNE, STRAIGHT LINE STITCH, THE GAME, BUSTA RHYMES, SOULJA BOY and many others.