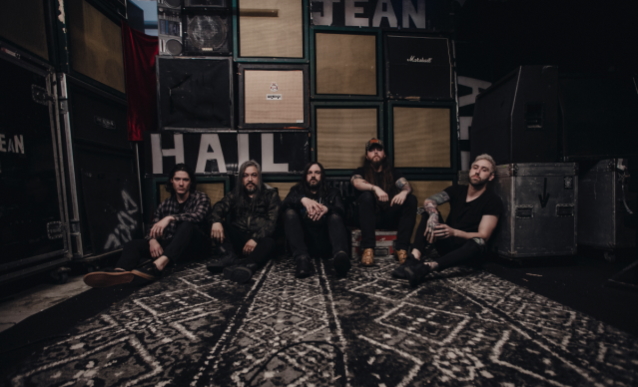 NORMA JEAN will release a new album, "Deathrattle Sing For Me", on August 12 via Solid State Records. The official music video for the first single, "Call For The Blood", which boasts unique, digital-sounding guitars, can be seen below.

"Accept that everything is a draft," says NORMA JEAN vocalist Cory Brandan about the song. "It helps to get it done. We banded together to make this record and to me, this song is the rallying cry. Composed by my brother, [co-producer] Matthew [Putman], this song was written around a single idea, altered heavily in post, and then mimicked by us. The studio and post-production elements acted as an instrument. The experimentation and the process behind this track was a major point of inspiration for many other things we ended up doing throughout 'Death Rattle Sing For Me'. I feel like Matthew wrote this song with my voice in mind and I wanted to do something very unique over it. Dangerous rock 'n' roll! Blast it!"

Matthew Putman echoes the sentiment, saying: "'Call For The Blood' was one of the first songs where I felt like we were establishing a personality for the album. Even though it was constructed in the studio from manipulated ideas we captured during a 'riff vomiting' session with Grayson, it still has a very raw, live energy. The samples were all chosen in a very deliberate way for how they colored the story behind the song (rebellious unity). There is nothing random about 'Call For The Blood'; every sound has meaning. This is one of my all-time favorite vocal performance from Cory, where he proves once again why he's one of the best of his generation."

NORMA JEAN invites an intense level of intimacy on "Deathrattle Sing For Me", the band's ninth full-length. The group — rounded out by Grayson Stewart (lead guitar),Clay Crenshaw (guitar/bass),Matt Marquez (drums),and Michael Palmquist (guitar/bass) — plunges into unparalleled emotional depths, as if their very existence depended upon the catharsis these 13 tracks promised.

"This record was really about banding together," observes Brandan. "It embodies the camaraderie of our brotherhood in NORMA JEAN. At the time, we needed something to do, and we wrote these songs for our own souls. The record was necessary to keep me alive in a very literal sense. It's a deeper place."

The band unearthed a searing signature style on "O' God, The Aftermath" in 2005. They struck up a creative partnership with iconic producer Ross Robinson on the seminal "Redeemer" (2007) and "The Anti Mother" (2008). The latter notably boasted appearances by Chino Moreno of DEFTONES and Page Hamilton of HELMET.

Following the acclaimed "Meridional" (2010),"Wrongdoers" (2013) represented a critical high watermark with a 9-out-of-10 score from Rock Sound and 9-out-of-10 score from Outburn. On the heels of "Polar Similar" (2016),they reached another level on "All Hail" (2019). In a perfect 5-star review, New Noise Magazine raved, "'All Hail' is yet another momentous accomplishment on their part," while Kerrang! attested, "'All Hail''s ambition and execution is worthy of worship." Along the way, they toured with everyone from ROB ZOMBIE and KORN to MASTODON, LAMB OF GOD, and more. During 2021, they recorded what would become "Deathrattle Sing For Me" with longtime collaborator Jeremy SH Griffith. They nodded to inspirations as diverse as ALICE IN CHAINS' "Dirt", THE SMASHING PUMPKINS' "Siamese Dream", and the sample-and-riff onslaught of WHITE ZOMBIE's "La Sexorcisto: Devil Music Volume 1".

"Deathrattle Sing For Me" track listing: 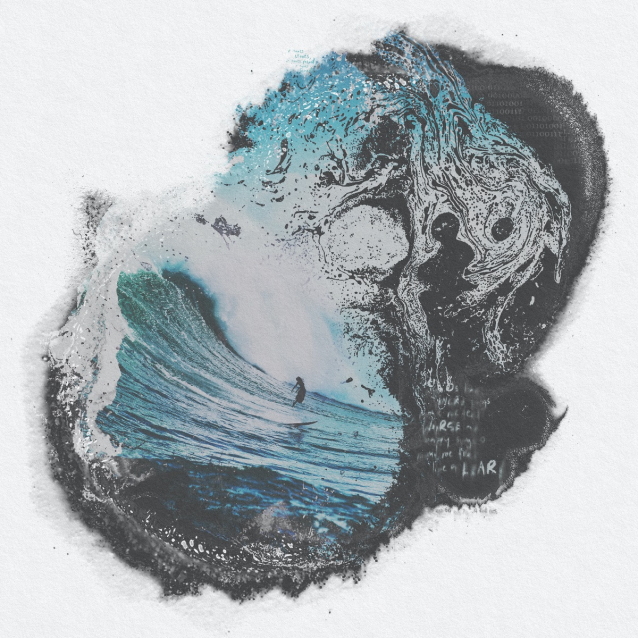