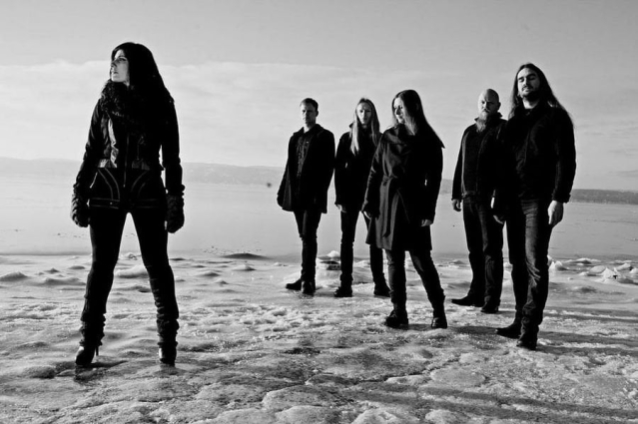 Norwegian gothic metal pioneers TRISTANIA have called it quits after more than a quarter century as a band.

Earlier today, TRISTANIA released the following statement via social media: "After 26 years on the international metal scene, the members of TRISTANIA have this week taken the heavy decision to call it a day. This means that future plans, including the scheduled Latin America Tour in December, have been cancelled.

"Struggling through some truly challenging years, like the rest of the world, we have been eager to finally look ahead, with the Latin America Tour being the next big thing for us.

"Last week came the news about a serious medical situation in near family within the band, which will make it impossible to pursue both short and long-term plans with the band. This came as a shock to us and we are truly sorry to share this.

"TRISTANIA is a band that has never made compromises in our art, and it has never been an option for us to present anything not 100 percent to our fans and followers. The timing of this could not have been worse, and it is especially sad for us not to be able to meet our friends in Latin America again. We have always had a special relationship to our Latin American fans.

"Our sincere apologies to everyone that will be affected by our decision.

"We want to thank everyone we have worked together with for almost three decades of writing music, recording, releasing and touring, but especially we would like to give an extra heartful thank you to Continental Concerts that has stood by us in thick and thin through a significant part of the band's career.

"Last, but not least, we would like to thank our loyal fans all over the world for amazing experiences through the years. Without you, we would not have had the inspiration to continue for so many years.

"It has been an eventful 26 years. Now, let us all cherish the memories."

Singer Mariangela Demurtas, who joined TRISTANIA in 2007, shared the band's statement and included the following message: "I am not coming with good news today unfortunately… I will spend some more words on this matter later.. excuse me for now, but this is not an easy post to make".

This past March, Mariangela told Terra Relicta that TRISTANIA was still an active band. "We talked about this; we're still talking about it," she said. "We have to combine the life of five or six different people, and sometimes it's not easy. We're all busy with our projects as well. So I don't know and I can't say anything. We are talking about coming back with something new. But yeah, I cannot promise anything, but don't worry, TRISTANIA is not dead."

Posted by Tristania on Saturday, September 17, 2022