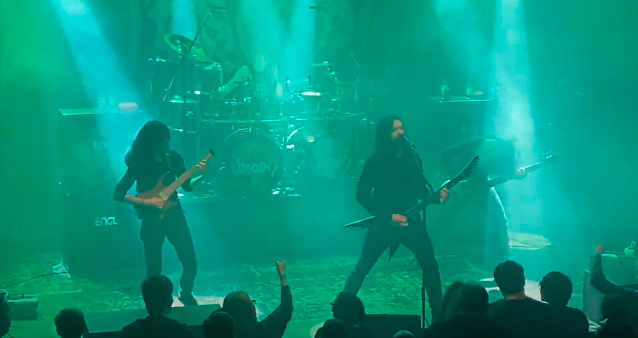 OBSCURA's Steffen Kummerer said: "With 'Diluvium', we closed a ten-year long-lasting chapter of the band. With our new album, we work with well-known producer Fredrik Nordström at Studio Fredman, Sweden. Fredrik's productions are classy, timeless and tasteful alike."

This past May, guitarist Christian Münzner rejoined OBSCURA as a permanent member. Münzner, known for his virtuoso guitar playing in extreme metal, joined OBSCURA in 2008 and recorded the band's critically acclaimed full-length albums "Cosmogenesis" (2009) and "Omnivium" (2011),both released via Relapse Records.

In April, Dutch fretless bass player Jeroen Paul Thesseling rejoined OBSCURA after a nine-year break. The group also announced Austrian drummer David Diepold as its new member. Now, with the comeback of Münzner, 75 percent of the classic "Cosmogenesis" (2009) and "Omnivium" (2011) lineup is reunited.