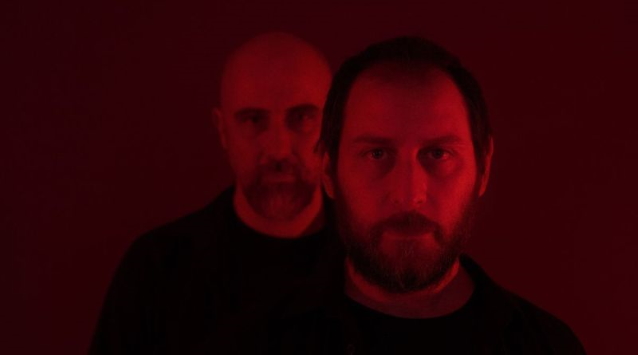 As bassist of prog legends OPETH, Martín Méndez has gained worldwide popularity and now he returns with another virtuous death metal crusher that captures the fear, loss of control and despair of lockdown in eight new tracks. For "Dancing Into Oblivion", his project WHITE STONES goes further down the path of progressive extreme metal with haunting growls, jazz-induced intermezzi and an incredible level of technical perfection.

WHITE STONES has revealed its first video clip for the song "Chain Of Command". Influenced by John Coltrane and Wilbur Harden, the track allows multiple genres to co-exist and harmonize with each other while creating a threatening extreme metal atmosphere of fear and isolation — the perfect soundtrack to lockdown.

"Dancing Into Oblivion" will be released on CD, vinyl (clear and black/red marbled) as well as digital.

When WHITE STONES released "Kuarahy", they became the first Spanish band signed to Nuclear Blast Records, cementing their first album as an unprecedented milestone. Now, with "Dancing Into Oblivion", the band returns with a more compact sound, having been hard at work ensuring the utmost attention to every detail for a result that is even better than the first record.

The topics covered on this second album draw on the feelings that Martín himself affirms he has lived through during the lockdown imposed by the COVID-19 pandemic.

"I started it very calmed in March when 'Kuarahy' was released and the lockdown started," he says. "I wrote the new record and it just flowed so well. It's my point of view, of the feelings I had during the lockdown period, in this weird year. I took advantage of the moment and I feel excited about it."

The emotional ups and downs that a situation like this generates are reflected on this record. As Méndez says: "It's a mix of feelings during the lockdown, feelings that go from fear to uncertainty as well as going through the confusion when you don't know about the future and you feel almost as if time has stopped. Musicians might be the last who will be back to work and we don't have any signs of a sooner return, which makes for a huge uncertainty. I have a family and I have to take care of them. This situation creates a feeling of discomfort which you can feel on the album," he confesses, also adding that "otherwise it's been nice having so much time at home with the family and those small and peaceful moments are also in the music. I've chosen to include some interludes between the songs so there is a higher contrast and it makes it easier to appreciate the different feelings throughout."

The most outstanding musical elements on this new record are the disparate genres that manage to co-exist. There is an element of aggression, that can be seen rearing its head in an instrumental frenzy, as well as soft and delicate intricacies that develop an atmosphere which surrounds the listener. There are distinct dynamics among the songs, with interludes allowing the listening to take a breath and appreciate what they're hearing.

Describing the type of music, Martín says: "It's difficult to define the style of this album. I don't like to tag the music. This is metal for me. It has elements of my interpretation of death metal but it has other, conscious influences from other genres too. It shows me as musician and displays my music taste within the restlessness of trying to do something different."

Méndez recalls the writing process for this record: "The first [song] I wrote was 'Chain Of Command', where I had the idea of writing more daring songs than on the previous record where I restricted myself and didn't want to play anything too technical, I just wanted to create something that was easier on the ear. In this one I wanted to do something slightly more elaborate and technical, musically, to add some color. The first influence I had for 'Chain Of Command' was from a John Coltrane and Wilbur Harden album, while in 'New Age Of Dark' the influence came listening to DEICIDE, so the influences are really quite varied across this record." Something the band were deliberately aiming for on this album was brevity. Vocalist Eloi Boucherie states how he and Méndez think: "It's better an album you want to listen to again than a record you desire to finish before it ends," then "it leaves you wanting for more."

The writing process of "Dancing Into Oblivion" has been pretty similar to the previous "Kuarahy" but with some clear changes. Martín composed all of the instrumentals for the album but, as he says: "I've left sections open to the interpretation of each of the other musicians, both in the drums and in the vocals. Eloi wrote the lyrics this time and we then workshopped them together whilst working out the vocal parts to get the final result in the studio".

WHITE STONES once again recorded at Farm Of Sounds Studios (Barcelona),owned by their singer Eloi. They were satisfied with the sound of "Kuarahy" and the experience of the recording of that album and the comfort of making everything with their own tools made it all easier.

"Everything has been 'homemade' because it's a way of working and a philosophy I like. You have more control and you can better enforce your ideas", Méndez — who also created the cover for "Dancing Into Oblivion" together with Sandra, his partner for many years — explains.

The final mix and mastering of this second album was done by Jaime Gómez Arellano at Orgone Studios (U.K.) because the band were more than satisfied with the work he did on "Kuarahy" and they wanted to repeat that great experience. Eloi, as the singer and also the guy who recorded the music sent to Orgone Studios, acknowledges "the recording had more experience and a better sound quality because we made better decisions during the pre-production thanks to a higher level of self-awareness of ourselves as a band. Jaime knew us better too, so that simplified the process and in turn helped to make 'Dancing Into Oblivion' as good as it can be."

The lineup has been enhanced with the participation of the multifaceted Joan Carles Marí Tur on drums (who also plays in other bands like FACE THE MAYBE). The guitar solos were the job of Joao Sassetti (who was already a member of the touring lineup of WHITE STONES). Sassetti lives in Portugal and he couldn't be in the studio in Barcelona, so he recorded his solos and digitally sent them over for integration into the final songs. The recording of the instruments has been more organic and as Boucherie says, "The original sound has been retained as much as posible in each and every element" and it has brought a natural/raw touch for "Dancing Into Oblivion" just as the band had hoped and expected. 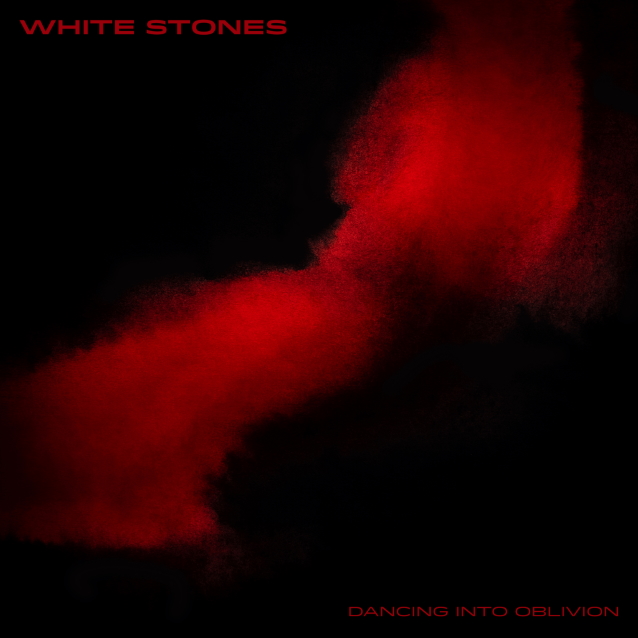