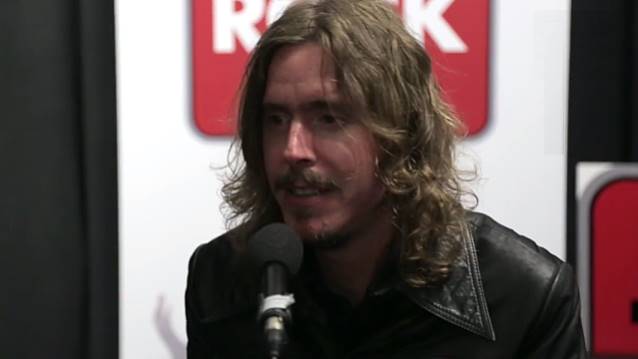 Guitarist/vocalist Mikael Åkerfeldt of Swedish progressive metallers OPETH was interviewed at this year's Metal Hammer Golden Gods Awards, which was held on June 16 in London, England. You can now watch the chat below.

"Pale Communion", which was produced by Åkerfeldt and mixed by longtime collaborator and PORCUPINE TREE frontman/guitarist Steven Wilson, was heralded by the lead single "Cusp Of Eternity". Pre-orders for "Pale Communion" made via the iTunes Store will receive an instant download of "Cusp Of Eternity" as well as a second album track, to be released on July 15, with multiple configurations also available via both the Roadrunner Records webstore and O Merch.