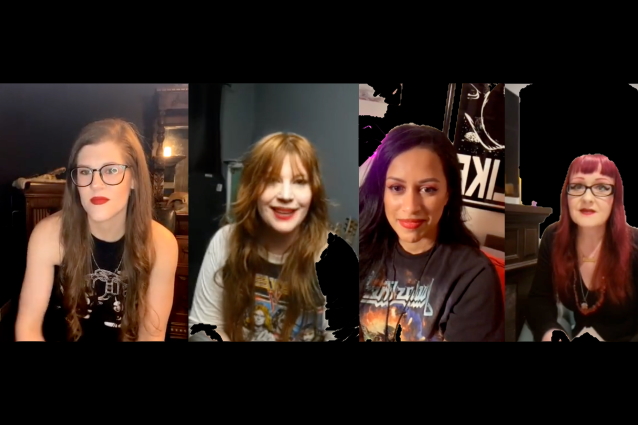 In a 2002 interview with Ballbuster Music, Mercedes stated about KITTIE's debut album, "I think 'Spit' is probably the least polished record I've ever heard in my entire life. It was recorded in nine days on Fender Squires. It was a point in our lifetime, and it was like a snapshot of what we were like back in 1999."

After the London, Ontario, Canada-based metallers completed the touring cycle for 2011's "I've Failed You" album, KITTIE entered a long period of inactivity during which Morgan focused on a marketing job for a chain of fitness clubs while Mercedes worked in real estate and more recently at a software company. The group also began work on a career-spanning documentary, "Origins/Evolutions", which finally saw the light of day in 2018 via Lightyear Entertainment in North America.