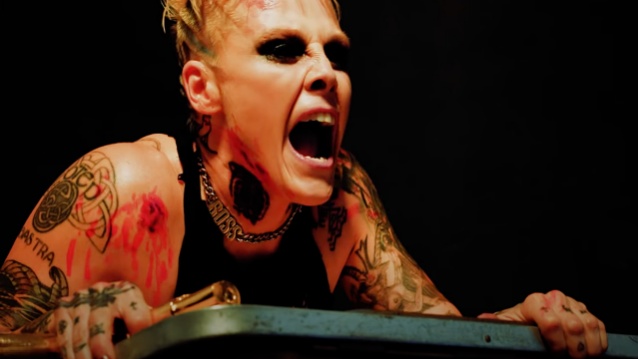 OTEP Cancels U.S. Tour: 'It Is Impossible For Us To Enforce Proper COVID Protocols'

OTEP, the band led by singer, poet, illustrator, author and activist Otep Shamaya, has canceled its previously announced "Sermons Of Fire" U.S. tour which was scheduled to kick off next month.

Earlier today, Shamaya issued the following statement: "My Real Ones, it is with a heavy heart that I write this to you. As you know, it's been 3 years since I've toured the U.S. and performed for all of you and I have been anxiously awaiting for the moment where we could all be together again, to make new memories and give you the best show possible. However, many of you know that I have l lung issues due to chronic bronchitis as a child and with the surge of the Omicron variant, how rapid it's spreading and the inconsistencies with state guidelines and mandates, it is impossible for us to enforce the proper covid protocols that my team & I are comfortable with to keep everyone safe.

"To make this heavy decision, my team and I have had many, many (sometimes heated) discussions regarding what could be done and ultimately we decided it is best to unfortunately cancel the upcoming tour for fear of putting the health of the bands, our crew, the venue staff, myself & most importantly, YOU, at risk.

"Also, most of you know that I've been struggling with the recent death of my brother & I cannot thank you enough for all your kind words & love. It means so much to my family & I as we still process this unimaginable grief. In that respect, I simply can't put my family in a position that might result in another tragedy.

"Again, I am so, so sorry. We tried everything. We really did. In the meantime, I will be taking the proper time to grieve and heal & working to finish my 9th album to give you everything you deserve.

"Stay safe, stay healthy. Get vaxx'd so we can breathe freely again.

Throughout the span of her career, Shamaya has been an undeniable force in bringing awareness via various acclaimed mediums to social and political injustices felt by various communities and subcultures. For years, publications such as Revolver magazine have lauded Shamaya for "following in the footsteps of outspoken musicians from folk singer Woody Guthrie to RAGE AGAINST THE MACHINE's Zach de la Rocha, dubbing her "one of music's catalysts for social change".

OTEP's latest album, "Kult 45", was released in 2018. The LP was recorded at The Lair in Los Angeles, completely utilizing the same equipment used for OTEP's first album, "Sevas Tra" (down to Shamaya's vocal microphone, a SHURE Beta 58),in order to create a sound reminiscent of their roots. "Kult 45" was produced by the band, with assistant engineering from Larry Goetz, Nicolas Schilke and Lizzy Ostro.

It is with a heavy heart that I write this to you. As you know, it's been 3 years since I've toured the... 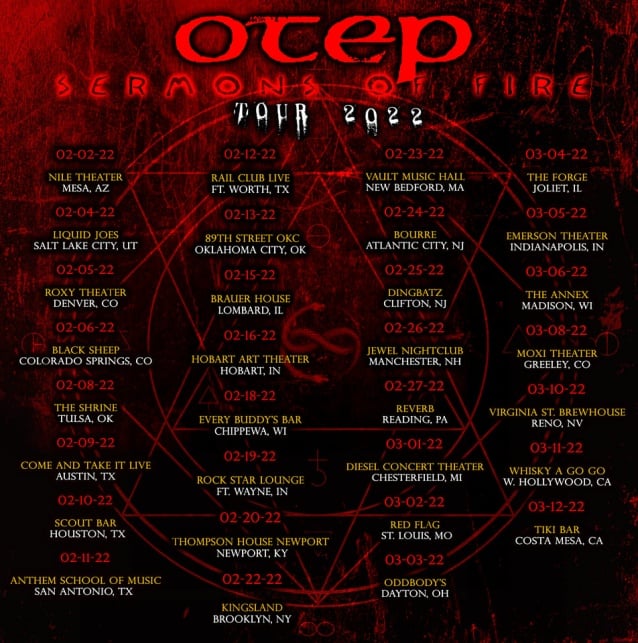