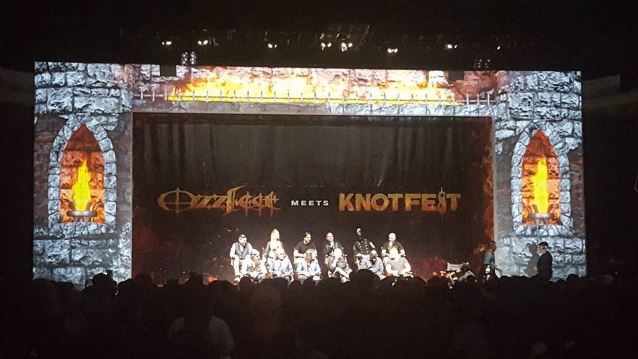 Ozzfest Meets Knotfest...the ultimate meeting of metal minds...a double-header music and lifestyle weekend like no other on the planet.

This merger of two of the most well-known and established brands in rock — Ozzfest, celebrating its 20th anniversary, and Knotfest, which debuted in 2012 — is set for Saturday, September 24 (Ozzfest) and Sunday, September 25 (Knotfest) at San Manuel Amphitheater and Festival Grounds in San Bernardino, California. Tickets for the Live Nation-produced Ozzfest Meets Knotfest — a multi-stage, two-day weekend camping event with more than 40 acts — go on sale Friday, May 20 at 10:00 a.m. (PT) at Ozzfest.com and Knotfest.com. All the details and lineups (below) were revealed at a major press conference today (Thursday, May 12) at the Palladium in Hollywood, California.

Saturday's Ozzfest will be headlined by BLACK SABBATH — marking their last Southern California performance as part of the band's final tour — and Sunday's Knotfest bill is topped by the festival's namesake, SLIPKNOT.

On hand at the press conference were Ozzfest founder Ozzy Osbourne and SLIPKNOT's Corey Taylor and M. Shawn Crahan (a.k.a. Clown). The event began with a movie screening, followed by a question-and-answer session with artists from the Ozzfest Meets Knotfest bill and concluded with a performance from ZAKK SABBATH, led by Zakk Wylde.

Ozzy was joined onstage at today's event by his estranged wife Sharon, who put the couple's recent marital troubles behind her to tell the crowd: "Twenty years ago, we realized that there was no touring festival that supported music like these guys did. We came up with Ozzfest and for twenty years it was amazing. And for many of those years, we had the unbelievable SLIPKNOT playing. And SLIPKNOT came along and kicked our arses and created Knotfest. They took that around the world and it was hugely successful and critically acclaimed as one of the best festivals on Earth. Then we decided, 'Why not merge together?'"

She added: "We want it to be the loudest, biggest, dirtiest festival in California. We couldn't be happier."

The San Manuel Amphitheater and Festival Grounds is where Ozzfest — the event that launched the U.S. hard rock festival market and went on to tour the world — began in 1996 and where Knotfest last year took over the San Bernardino, California venue and expanded into a camping festival. There's also a longtime history between the two namesakes of the events, with SLIPKNOT appearing at Ozzfest in 1999, 2001, 2004, 2005 and 2013 at the inaugural Ozzfest Japan.

"We are here to create havoc and history," said Ozzy Osbourne. "Let the madness begin..."

"This could be the one of the coolest things I've ever been a part of," said Corey Taylor. "Starting out as an Ozzfest band, coming into our own with Knotfest and now combining forces to make a little metal history...it was meant to be and I'm proud to be a part of it."

"Playing with BLACK SABBATH is always an honor," Crahan exclaimed. "Merging both festivals will be a legendary experience that will be life-changing for all fans. We are excited to bring all the families together again."

"The impact of Ozzfest on heavy music and on SLIPKNOT, cannot be underestimated," said Cory Brennan, president, 5B Artist Management. "For 20 years, Ozzfest has given fans their first glimpse at bands like SLIPKNOT, DISTURBED and countless others, but also bringing new fans and bands together every year. Ozzfest inspired SLIPKNOT to continue this vital tradition with Knotfest, and it's an honor to celebrate our genre alongside them in 2016."

The Ozzfest Meets Knotfest 2016 lineup is as follows, with both Ozzfest and Knotfest dedicating a stage in honor of their departed comrade Lemmy Kilmister of MOTÖRHEAD.

Ozzfest has not been a traveling festival in the U.S. since 2007's "free" edition. The show morphed into a one-off event in Dallas in 2008, also featuring METALLICA, before taking 2009 off.

The SLIPKNOT-curated Knotfest, staged its third annual event last year (and second as a Southern California weekend destination festival). The festival attracted over 50,000 fans with over fifty of the heaviest bands in the world playing on four stages. 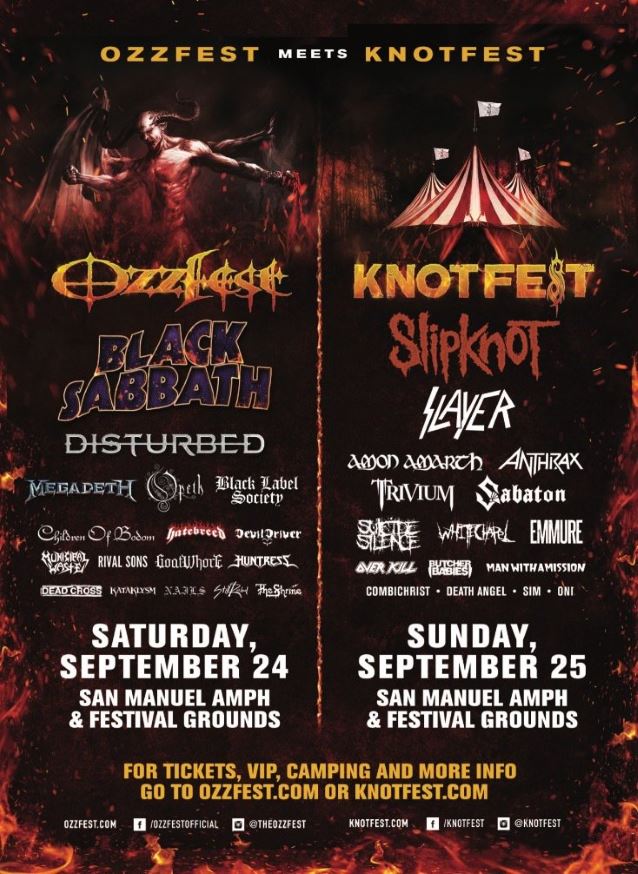 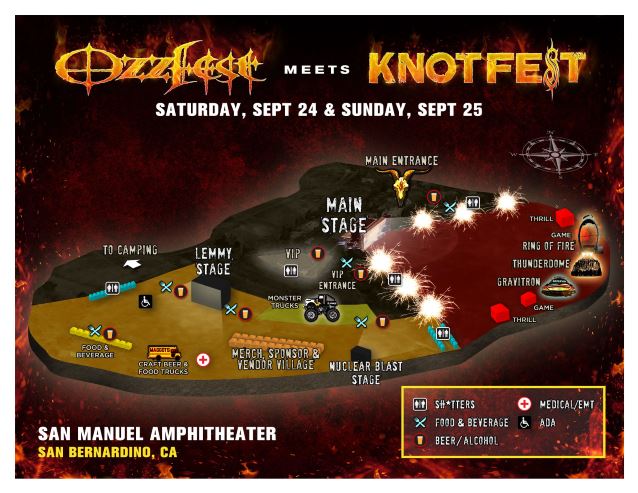 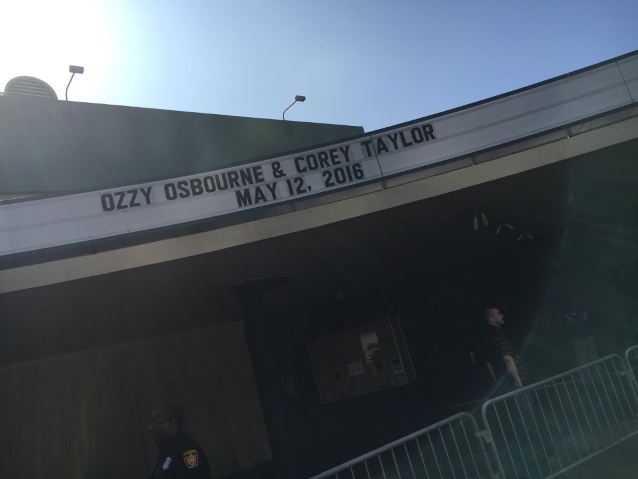