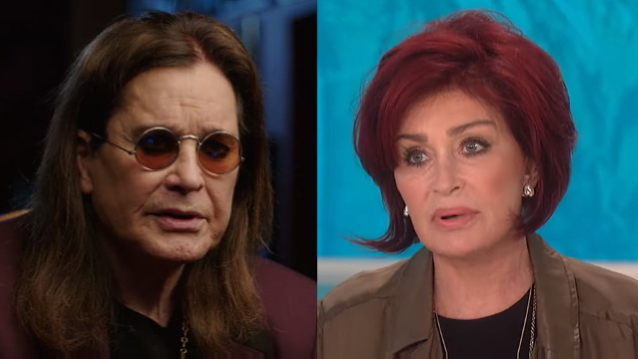 OZZY And SHARON OSBOURNE Are Looking For Their 'Dream Home'

During her daytime TV talk show "The Talk" a couple of days ago, Sharon Osbourne shared her vision board for 2020 and revealed a big move.

Sharon also shared plans for an upcoming biopic. "I want to produce a movie on my husband," she said.

Last summer, Sharon told Variety that a script was being written for a film that will focus on her relationship with Ozzy and not be the typical rock and roll movie of excess.

She said at the time: "It's definitely going to be a tearjerker. It's not going to be a sex-and-drugs movie at all. Ozzy is so much more than that. I would hate to be a cliché."

A few months later, Sharon told Celebrity Access that project was very close to becoming a reality. "We've got a deal and we are working with a writer right now, Ozzy and I," she said.

Asked how she managed to keep Ozzy in the public eye for so many years, Sharon replied: "Listen, Ozzy has been playing for 51 years now, and he's been always touring. It is what Ozzy does. There is only one Ozzy. There's only one person who looks like him and sounds like him. That voice is instantly identifiable. And that's it. He's unique. And he's one of the few guys who has ever left a successful band and has gone on to do just as successfully on his own. Even Mick Jagger couldn't do it."