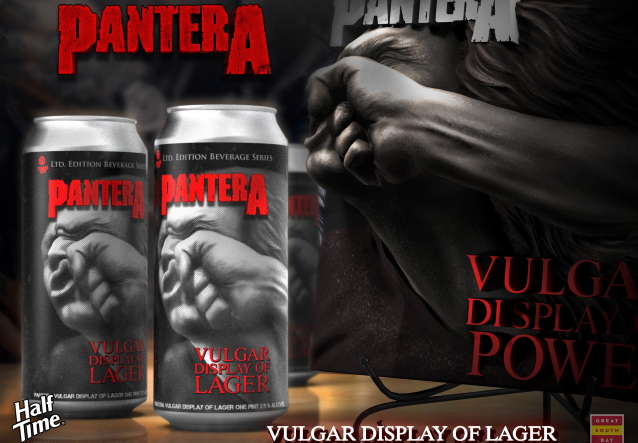 PANTERA Teams Up With KnuckleBonz For 'Vulgar Display Of Lager'

KnuckleBonz, Inc., along with Great South Bay Brewery and Bravado, have teamed up with PANTERA to bring a new beer, Pantera "Vulgar Display Of Lager", to the KnuckleBonz limited-edition beverage series.

The Pantera "Vulgar Display Of Lager" (5.9%) is brewed in accordance with the oldest regulation related to food or drink in the world, The German Purity Law of 1516: in order to call your product beer, its production must be limited to only four simple ingredients hops, barley, water, and yeast. By selecting nothing but the finest of these ingredients coupled with traditional methods, the result is quite a "Vulgar Display Of Lager" with a complex flavor profile that is cold fermented for the crisp and refreshing experience you'd expect from a world-class German lager.

PANTERA fans who order first will receive a limited-edition collectible poster included free with their order. This poster is uniquely numbered and offered in a limited edition; this only ships to the first 500 customers.

"We've been privileged to work on few different collectible projects with PANTERA over the years and we get excited about being able to find new ways to honor the legends that have inspired so many of us," says Tony Simerman, CEO/creative director of KnuckleBonz, Inc. "This beer was specifically crafted as a nod to something we think perhaps the band might choose when they ruled the metal world from 'Cowboys To Hell' to 'Reinventing The Steel'."

Creators of the "power groove," PANTERA flew the flag for heavy metal in the 90's compiling a long list of gold and platinum album and home video releases, along with sold out arena tours across the globe.

Pantera "Vulgar Display Of Lager" is available now to ship direct to consumer in 33 U.S. states. See web site for list of eligible states for shipping within the U.S.

PANTERA is regarded as one of the greatest metal bands of all time. The uncompromising quartet of singer Philip Anselmo, guitarist "Dimebag" Darrell Abbott, his brother, drummer Vinnie Paul Abbott and bassist Rex Brown quickly rose to massive global success in the 1990s with multiple gold and platinum albums, sold-out tours, ferocious live performances, and four Grammy nominations. To this day, many of their metal masterpieces remain the cornerstones of heavy music, including "Cowboys From Hell", "Vulgar Display Of Power", and the Billboard No. 1 album "Far Beyond Driven". The Texas foursome continues to inspire multitudes of fellow musicians while garnering millions of insanely devoted fans worldwide. Although the band would disband in the early 2000s, PANTERA's unparalleled legacy endures as landmark tracks like "Walk" and "I'm Broken" continue to be embraced by new generations every year.

KnuckleBonz, Inc. is a music merchandising company focused on the creation of high-end products for music enthusiasts since 2003. KnuckleBonz is committed to fine craftsmanship and artistry and has developed the Rock Iconz, 3D Vinyl and On Tour collectible series. With a passion for music and a drive to make the highest quality products possible, this collaboration on the music-based craft beer line emphasizes that KnuckleBonz is solely focused on offering quality products specifically for the music superfan. 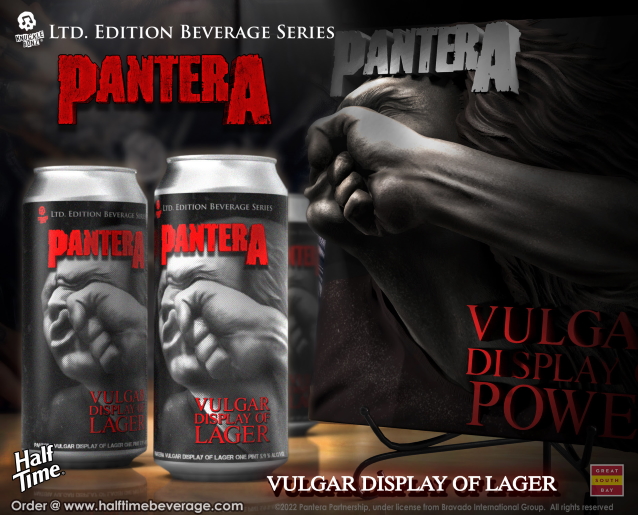 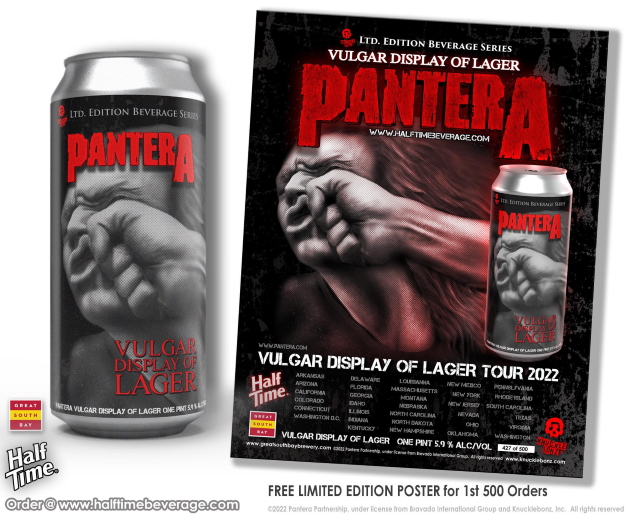 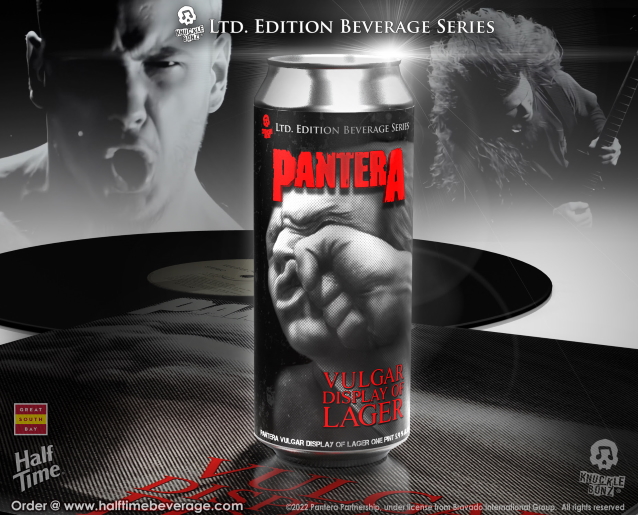