California rockers PAPA ROACH have just shared "Kill The Noise", a powerful, anthemic new single and second track from their forthcoming album. The song, produced by WZRD BLD (a.k.a. Drew Fulk; A DAY TO REMEMBER, BULLET FOR MY VALENTINE, LIL WAYNE) and Andrew Goldstein (ALL TIME LOW, BLACKBEAR, LINKIN PARK, MAROON 5),is a powerful example of heavy riffs and emotional lyrics, driven by singer Jacoby Shaddix's ongoing mission to help anyone overcome mental struggles and anxieties. The accompanying music video, directed by Jacoby's brother Bryson Roatch, takes the viewer on a journey of escaping the confines of your own mind through a raw and energetic performance.

Shaddix comments: "It's easy to get caught up in some of that static inside your mind — we all tangle with that demon. For us, 'Kill The Noise' brings some straight-up heavy music catharsis, a reminder to find that moment of peace from the noise."

"Kill The Noise" arrives a little over a month after the release of PAPA ROACH's previous single, "Swerve", which was a collaboration with FEVER 333 frontman Jason Aalon Butler and Los Angeles rapper Sueco. Both tracks are expected to appear on PAPA ROACH's upcoming eleventh studio album, due next year via the band's own record company, New Noize Records, Inc., under exclusive license to ADA.

This past May, Shaddix spoke to the FM99 WNOR radio station about PAPA ROACH's decision to release its next LP through its own label. Asked how the move came about, Jacoby said: "Way back in the day when we were with DreamWorks Records — this was right after we released our album 'Infest' — we had this pact with this band ALIEN ANT FARM. We were, like, 'Whoever gets signed first, let's try to get an imprint, which is a subsidiary of the record company, where we can release music.' And we had made good on our promise and we had a record company called New Noise Records. And this was in, like, 2001. So fast forward so many years and a few record companies later, we just released out greatest hits with Better Noise Music, and that was the last record company we were with. And we were kind of in negotiation of going, 'All right. Are we gonna stick with this company?' which we've had a lot of great success and learned a lot of great things from, and I have nothing but great things to say about them. But we were, like, 'All right. Let's take the temperature and go see if we have what it takes to do this on our own, do it independent.' And so we took meetings, and we ended up with Warner/ADA, which we have our record label now of our own and we use their in-house staff to do the promo and all that kind of stuff. But we are the record company. So we're using our knowledge over the years that we've accumulated with our team and ourselves to take the reins and run with this one ourselves. And it's very exciting. It's kind of scary. 'Cause you don't know. But guess what? I just feel like we can't fail." 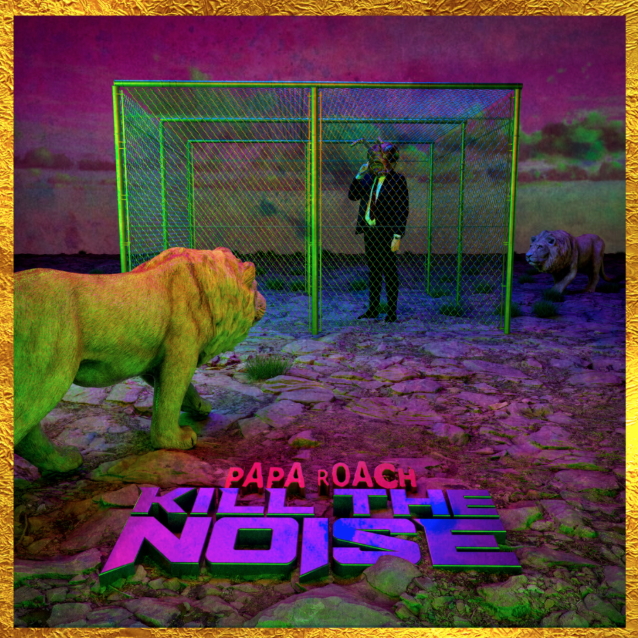