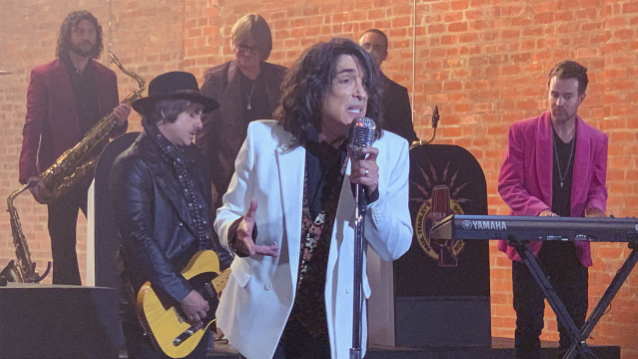 "'O-o-h Child' is a song of optimism and hope," Stanley said in a statement. "I think we could all use some words about things getting 'brighter' and a time when 'we'll walk in the rays of a beautiful sun.' You can see the effect it has on us all performing and I'm certain the audience will feel that. I remember first hearing THE FIVE STAIRSTEPS on the radio and I felt like my problems were lifted from my shoulders. That's the power of music and I want to share it."

SOUL STATION's cover of "O-o-h Child" will appear on the band's debut album, "Now And Then", which will be released March 5 on Universal Music Enterprises.

SOUL STATION is a band gathering some of today's leading musicians to pay tribute to the greatest artists and songs from the R&B and soul catalog to keep this vital music current. While a surprise to many, Stanley's early pivotal roots in this music has quietly turned this passion into a celebrated touring and recording band. Stanley's 15-piece ensemble group has toured the U.S. and Japan, and recently recorded an album of nine classic soul songs and five new original songs.