PEARL JAM has announced the "Gigaton Visual Experience" — a special audio-visual event available free to all Apple TV app users in over 100 countries for seven days before being available to rent or buy. This immersive visual album experience pairs the band's inspired visuals, produced by the award-winning Evolve Studios, to create an unparalleled experience that enhances "Gigaton"'s massive scope. The event will be available in Dolby Atmos and Dolby Vision, revolutionary audio-visual technologies developed by Dolby, which will bring the album alive through immersive audio and ultravivid picture quality. This audiovisual album experience is only available as a limited-time event on Apple TV 4K and on the Apple TV app in over 100 countries and regions for iPhone, iPad, iPod touch and Mac users. Their eleventh album, and first in nearly seven years, "Gigaton" has received acclaim as their greatest and most adventurous work to date.

With this immersive audio experience, PEARL JAM fans will have the unique opportunity to hear the album in a completely different way.

"I'm excited for fans to be able to immerse themselves in the sound and to hear the depth and layers of these songs and performances," explains "Gigaton" producer Josh Evans. "It's truly a unique way to experience this album."

Dolby Atmos expands the creative palette for artists and puts you more directly in touch with their vision without compromise, bringing you closer than ever to the songs you love. Instruments and vocals can be articulated with incredible clarity and the use of immersive sound makes listeners feel like they're inside the music. Dolby Vision transforms your TV experience with ultravivid picture quality — incredible brightness, contrast, color, and detail that bring entertainment to life before your eyes. When compared to a standard picture, Dolby Vision can deliver colors never before seen, highlights that are up to 40 times brighter, and blacks that are 10 times darker. The result is a refined, lifelike image that will make you forget you are looking at a screen.

To experience the album in Dolby Atmos or Dolby Vision, viewers will need an Apple TV 4K (paired with a Dolby Atmos- and/or Dolby Vision-enabled device) or compatible iPhone, iPad, or MacBook device.

"Gigaton" was released on March 27 via Monkeywrench/Republic Records. Internationally, the LP was made available and distributed by Universal Music Group. Produced by Evans and PEARL JAM, "Gigaton" marks the band's first studio album since Grammy Award-winning "Lightning Bolt", which was released in October 2013. 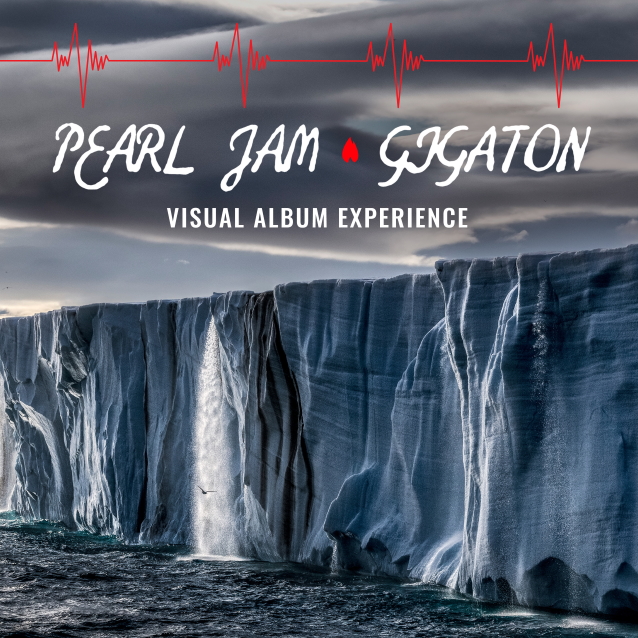