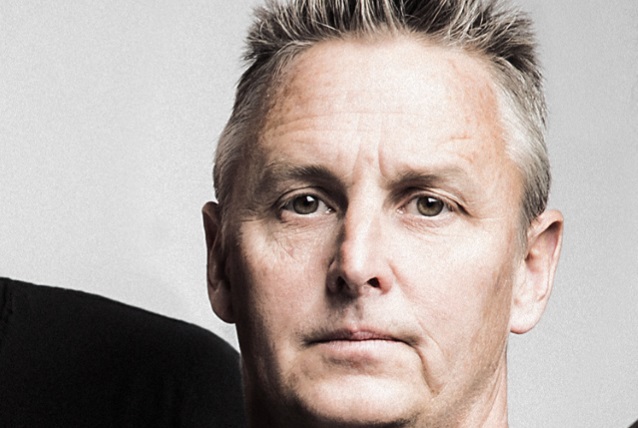 According to The Pulse Of Radio, PEARL JAM guitarist Mike McCready was honored last Thursday night (May 10) at the Showbox in Seattle, where he was bestowed with the Stevie Ray Vaughan Award from MusiCares, the charity that supports musicians dealing with addiction. McCready was presented with the award by GUNS N' ROSES bassist Duff McKagan, who said of his longtime friend: "Whenever I see you playing the guitar, I see the madness and beauty of an addict being set free."

The all-star event also featured testimonials and performances from HEART's Nancy Wilson, RED HOT CHILI PEPPERS drummer Chad Smith, Mike Ness of SOCIAL DISTORTION, MUDHONEY's Mark Arm and others there to celebrate McCready as well as their own sobriety. Many in attendance said that McCready helped get them on the path to recovery.

McKagan said that McCready, his former high school friend, was the person he knew he could lean on if "the big red exit sign" of temptation was in sight.

In his acceptance speech, McCready spoke of the multiple losses that the Seattle music community has endured over the last 30 years with the deaths of Kurt Cobain, MOTHER LOVE BONE frontman Andy Wood and SOUNDGARDEN vocalist Chris Cornell.

McCready told The Pulse Of Radio a while back that he often wonders what his two bandmates would have done if they had lived. "It's an interesting, sad feeling at times, because I wonder what those guys would be like now," he said. "You know, I wonder if Layne would be a dad or Baker would be a dad or, you know, those kind of things that are important to me now, as opposed to when I was in my 20s, are so different and I wish they could experience that."

McCready performed throughout the evening, including numbers with his STOOGES tribute band RAW POWER and his UFO tribute act FLIGHT TO MARS.