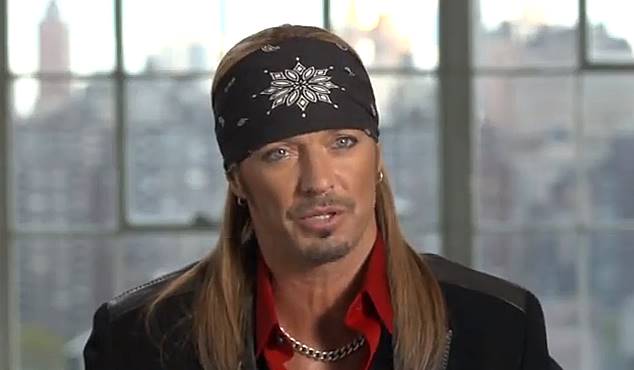 "This is a message I never imagined I'd have to post.

"Tonight [Thursday, May 29] in Manchester, New Hampshire, three songs into [Michaels' solo] set, Bret had me sing a song as he rushed off stage.

"In the nine years I've stood next to him, I've never seen a look like the one on his face as if I was a complete stranger.

"One of the crew returned instantly to notify me that Bret's blood sugar was extremely low. He returned to the stage only to announce that he could not continue.

"As you all know, [Bret] is a health fanatic and fiercely monitors his blood sugar. He basically had to be dragged off the stage in his sickest of conditions.

"When I rushed to the bus, he could barely speak, but begged me to apologize to the fans and seemed only concerned for them.

"As of now, he is with paramedics being evaluated.

"We will keep you posted throughout the evening."

"From the cradle to the grave — and I mean this as sincere as I can say this — you either make a choice that you are living, or you're dying," Bret told "Oprah's Lifeclass" about his biggest life lesson. "It's all in the way you look at it."

In a 2010 interview with Diabetes Forecast magazine, Michaels discussed his health struggles and the everyday challenges of living with diabetes and explained how he has taken control of his health after years of a rock-and-roll lifestyle.

"Life is not perfect, but it's how you roll with it," said Michaels. "I have been knocked down professionally and even worse medically, but I am a kicker and a fighter — mental attitude is what it's all about."

Bret also spoke about how his recent health challenges have changed the way he tours. "I absolutely have an itinerary of where the really good hospitals are, just in case I have another hemorrhage or heart problems," he said. "I am really focused on what to do if something happens to us, not just me, but my band and my crew. But the shows I am playing are as fun and as wild and as upbeat as ever. Everything else is life as usual, on the road."