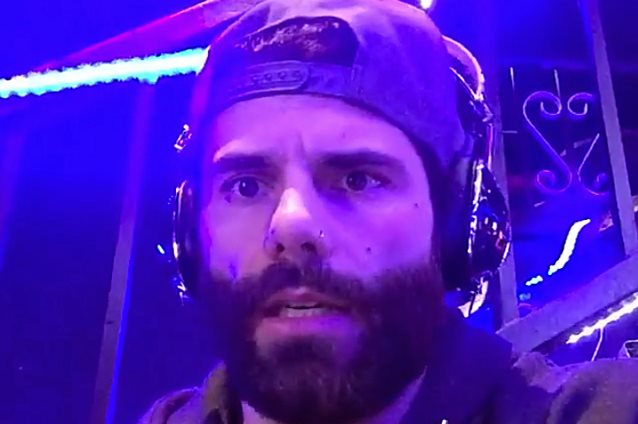 During an April 26 appearance on "The MARR Army Rock Show", drummer Josh "Chachi" Marunde of Michigan-based rockers POP EVIL discussed his decision to leave the band. He is said to be taking a new opportunity that will allow him to spend more time with family.

"Definitely music will always be a part of my life and I'll always play. I might honestly… I'll probably jam a lot more," he said. "A lot of people don't think about that, but we tour so often and we're on the road and playing, we don't really have a lot of time to just go play drums; like, I don't get to just go goof around. I definitely am gonna continue to play, write… I really enjoy working with writing and producing. I don't think I'll become a producer, but I don't wanna say I won't… But that's not my plan.'

He continued: "There may be a time where, down the road especially, once I'm settled and everything is relaxed and the dust has settled, where I make myself available to be a hired gun on very short terms — whether it be for an album or whether that be for three to five days on a tour. That's something I've already talked to POP EVIL about. A year from now, who's to say I won't wanna come out and play three songs on a show, or play a show with the guys — you know, who knows? — whether they are in Michigan or I'm on the road. I'm never gonna stop playing drums."

Marunde will reportedly make his final appearance with POP EVIL on May 24 in Grand Rapids on a bill which will also include DISTURBED and ROB ZOMBIE.