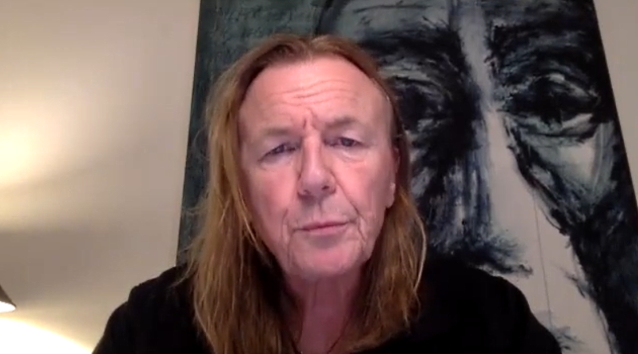 PRETTY MAIDS' RONNIE ATKINS On His Cancer Battle: 'It's Something You've Gotta Learn To Live With'

PRETTY MAIDS singer Ronnie Atkins, who is battling stage four cancer, offered an update on his condition during a recent interview with Jeff Gaudiosi of MisplacedStraws.com. He said (see video below): "My health is really good. Well, the diagnosis is what it is, but I'm feeling good at the time. I've just actually been through some troubled weeks, because there was another cancer scare, but [it's a] long story; I went through a lot of biopsies and stuff. Well, that was no cancer cells in the biopsy, and I was told that on Friday, so I'm super happy.

"I'm going to need these scans every third month, and every time is very nerve-racking for me and my wife and kids," he continued. "You never know what you'll get told, 'cause last time when I had that serious stage four diagnosis when it spread, I didn't actually feel any pain. You never know what awaits you.