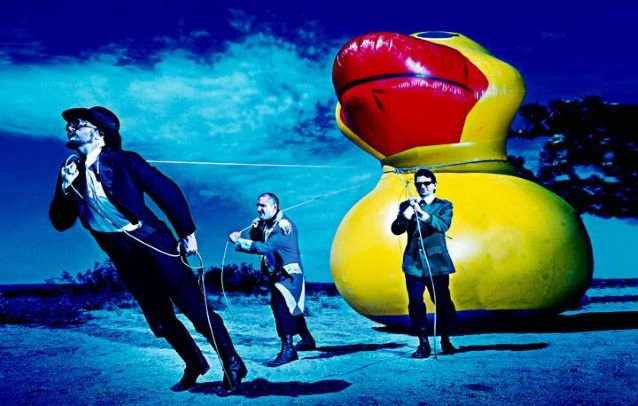 PRIMUS vocalist/bassist Les Claypool has asked fans to keep the band's drummer, Tim "Herb" Alexander, in their thoughts as Alexander prepares to undergo a bypass procedure to remove blockage from arteries near his heart. Claypool writes on Facebook: "[Tim] is a strong Herculean fellow and we all expect him to be up and around in no time, but with all surgical endeavors, we want to make sure he has the best energy working for him, so let’s all throw our coins in the nearest fountain, wish on the first star of the night, blow out the birthday cake candles with him in mind, pray to whichever deity seems appropriate and generally send good thoughts his way so we can soon, once again, experience the glory that is the magnificent percussive rhythm of the mighty Tim Alexander."

Alexander, 49, originally left PRIMUS in 1996 and played sporadically with the band in the early 2000s in addition to being involved with various other groups, including LAUNDRY, A PERFECT CIRCLE, PUSCIFER and a solo project. Before he rejoined PRIMUS in 2013, he played on several of the band's albums, including 1991's "Sailing The Seas Of Cheese" and 1993's "Pork Soda".

Alexander was the first drummer of A PERFECT CIRCLE, performing early live shows with the band, and recording drums for the track "The Hollow" on the band's debut album, "Mer De Noms". He is listed as a member in the band's DVD/CD release "aMOTION".

Alexander is a member of Maynard James Keenan's PUSCIFER project. He has toured with them and can be heard on several of their recordings.