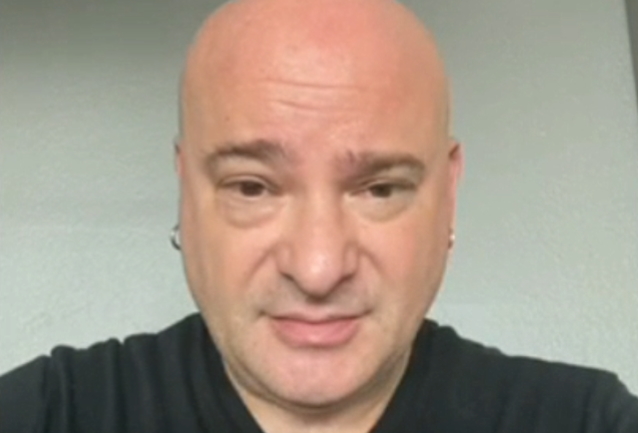 DISTURBED's David Draiman has commended U.S. president Joe Biden for signing an executive order Friday (July 8) designed to bolster access to abortion in states that are banning it following the court's ruling two weeks ago to overturn the constitutional right to terminate a pregnancy.

The order attempts to safeguard access to medication abortion and emergency contraception, protect patient privacy, launch public education efforts as well as bolster the security of and the legal options available to those seeking and providing abortion services.

On Friday, Biden blasted the conservative majority on the court for stripping U.S. citizens of fundamental rights he said were protected by the Constitution, such as the right to privacy in health matters like seeking an abortion.

"We cannot allow an out-of-control Supreme Court working in conjunction with extremist elements of the Republican Party to take away freedoms and our personal autonomy," he said from the White House.

On June 24, the U.S. Supreme Court voted to reverse its landmark 1973 Roe v. Wade decision and end 50 years of legal precedent. So far at least eight states, including Texas, Alabama and Missouri, have banned abortion and another dozen are expected to restrict or outlaw access to the procedure over the next two months.

That same day, Draiman decried the Supreme Court's ruling, tweeting: "The government has no business telling anyone what they can and cannot do with their own body. PERIOD.

"This is a travesty.

Draiman's wife Lena Draiman, to whom he has been married since 2011 and with whom he shares an eight-year-old son, apparently agreed with her husband, writing on her Instagram: "This is a sad sad day for women and women's rights. We're taken back to 1972, when government’s control over women's bodies still existed.

"It was only 50 years ago that women gained control over their bodies. And now 50 years later, we lose it again.

"Thank you NYC, CA, HI, and other states that have laws to protect women and their choices.

"I know there will be many 'keyboard warriors' emerging to make their comments. The sheer fact that they feel the need to comment on what someone does with their body or the risk it can put that person, future child and family in, to fuel their own opinion/narrative should open everyone's eyes that it is not genuine concern, it is control. #womensrights #roevswade #injustice #1972"

When the Supreme Court's draft opinion was first published by Politico in early May that showed a majority of the U.S. Supreme Court had voted to overturn Roe v. Wade, Draiman took to his Twitter to write: "The government should not be able to tell anyone what they can and cannot do with their own body. Period. #prochoice #RoeVWade".

The Supreme Court's decision overturned what was previously a federal legalization of abortion and has returned the issue to individual states to decide the matter for themselves.

I get to CHOOSE who I do/don’t listen to.

I get to CHOOSE what I do/don’t believe in.

I get to CHOOSE what I do/don’t do to my own body.

I get to CHOOSE who to love.

I don’t want ANYONE ELSE making those choices for me.

The government has no business telling anyone what they can and cannot do with their own body.

I’m not a Republican.
Not a Democrat.
I’m a HUMANIST.
I believe in human freedom, autonomy, and progress.
I embrace science and reason rather than revelation, though I try to not judge others based on their own personal beliefs.