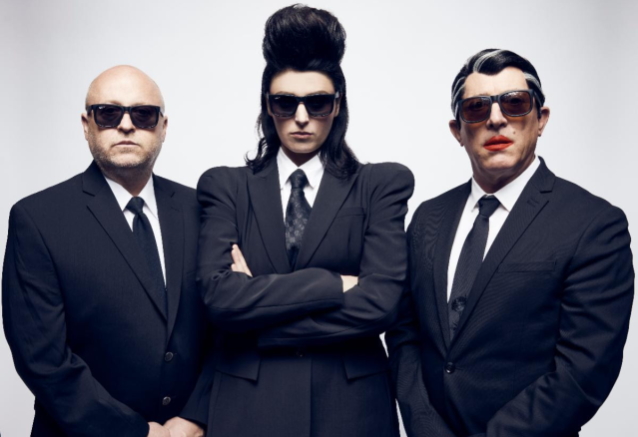 News of the dates arrives as the band wrapped up their first trek in support of the 2020 album, a month-long outing that saw PUSCIFER bring audiences their largest scale productions to date, performing at the Greek Theatre (Los Angeles),Brooklyn's Kings Theater and the state-of-the-art Mission Ballroom in Denver. Replete with aliens, and appearances from beloved Pusciverse characters, the show has been described as "a sublimely bizarre spectacle" (Phoenix New Times),a "theatrical show… offering up an entertaining set that extended far beyond music" (Consequence) and simply "out of this world" (Arts Fuse).

The audio companion to the 2021 livestream event, "Billy D And The Hall Of Feathered Serpents Featuring Money $hot By Puscifer", is available for the first time ever on vinyl, and DVD/CD as of June 15. The 11-song collection can be purchased directly from Puscifer.com, as well as indie retailers. The film is currently available for streaming/downloading via Puscifer TV.

"Existential Reckoning" was made available via Alchemy Recordings/BMG. The 12-song collection, featuring artwork from Daniel Martin Diaz, has received widespread praise, with Variety saying "the airily hypnotic electronic rock… works... brilliantly," Stereogum describing the music as "darkly playful," and Revolver noting "you're highly unlikely to find another album that explores the fear and loathing of our uncertain times in as chill a fashion as the latest from Maynard James Keenan's art-rock outfit PUSCIFER." 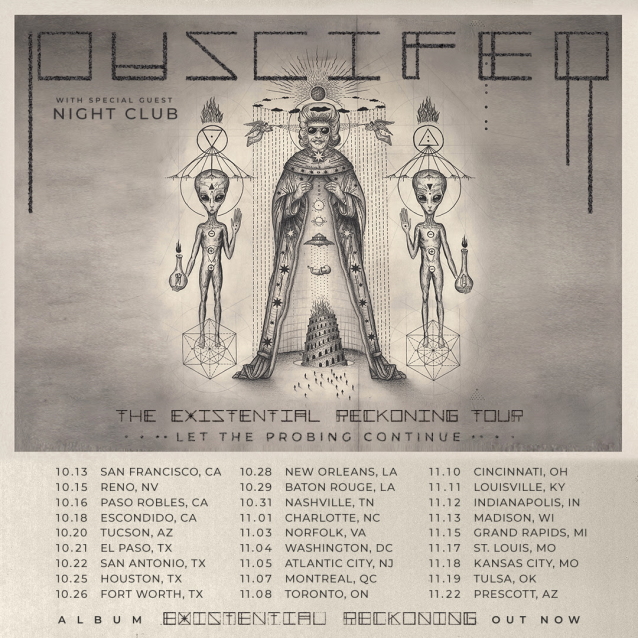