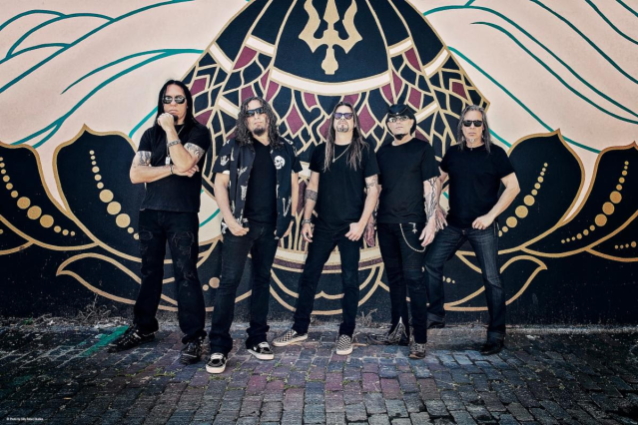 QUEENSRŸCHE has announced an early 2023 U.S. tour in support of its sixteenth studio album, "Digital Noise Alliance". The band has just wrapped up a fall run in North America supporting JUDAS PRIEST on the "50 Heavy Metal Years" tour, and will now launch their first headlining campaign to promote the new LP.

Direct support on the "Digital Noise Alliance" tour will come from former MEGADETH guitarist Marty Friedman, with TRAUMA opening each show. A complete list of dates can be seen below.

Commenting on their upcoming live shows, QUEENSRŸCHE says: ""We are very excited to be doing this headline tour in support of our most recent album, 'Digital Noise Alliance'!

"This touring package is amped up and very much looking forward to seeing all of you! Come on out and let's have a great time together, as live music is as vibrant as ever once again!"

"Digital Noise Alliance" came out on October 7 via Century Media. The record was once again helmed by Chris "Zeuss" Harris, who previously worked with QUEENSRŸCHE on 2015's "Condition Hüman" and 2019's "The Verdict" LPs.

For the past five and a half years, drummer Casey Grillo has been filling in for Rockenfield, who stepped away from the band's touring activities in early 2017 to spend time with his young son.

In October 2021, Rockenfield filed a lawsuit against Wilton and Jackson, alleging, among other things, breach of contract, breach of fiduciary duty and wrongful discharge. A few months later, Wilton and Jackson filed a countersuit against Rockenfield, accusing him of abandoning his position as a member of the band and misappropriating the group's assets to his own personal benefit. 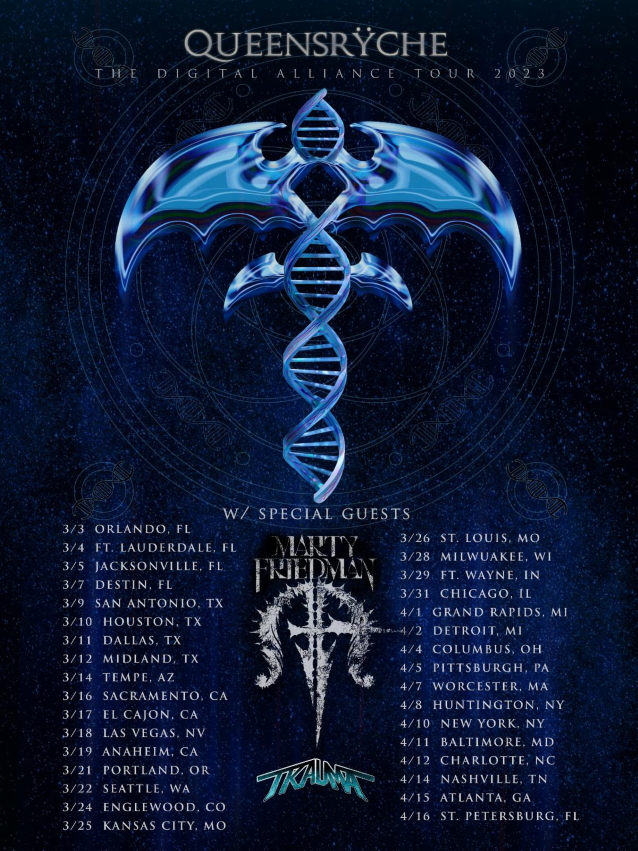