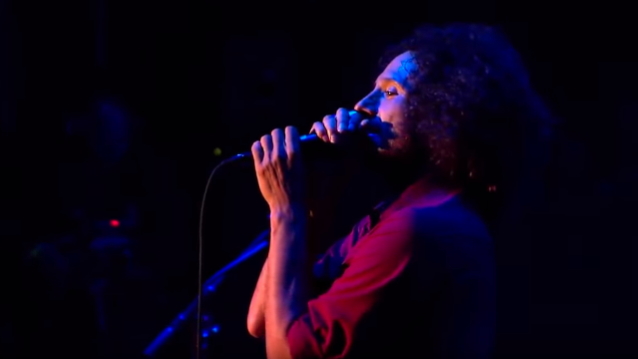 RAGE AGAINST THE MACHINE has announced a plan to combat online ticket scalping for its upcoming reunion tour.

Even though tickets for the 40-date "Public Service Announcement" trek don't officially go on sale until Thursday, February 13, you can already buy tickets for most shows on StubHub and for festival dates on Ticketmaster. Unsurprisingly, those tickets are already quite expensive. For example, tickets to the April 28 Tacoma show were listed at $287 each before fees. After service fees and taxes, two tickets to the Oakland, California show on StubHub came out to $783.95, or $391.98 each.

"Since the announcement of our tour, scalpers and broker sites have been listing fake tickets for RATM. We want to do everything we can to protect our fans from predatory scalping and, at the same time, raise a substantial amount of money for charities and activist organizations we support in each city. At many concerts, up to 50% of the seating is scooped up by scalpers and then resold to fans at much higher fees.

"We are doing everything we can to protect 90% of the RATM tickets from scalpers and then WE are holding in reserve 10% of the seating (random seats throughout each venue) to sell at a higher ticket price (but low enough to undercut the scalpers) We will donate 100% OF THE MONEY over the base ticket price to charities and activist organizations IN EACH CITY.

"We are confident this will help many more fans get tickets at face value and put a big dent in the aftermarket gouging. WE HATE SCALPING AS MUCH AS YOU DO and will continue to try to find ways to combat it. Additionally, we are donating all profits from our first three shows to immigrants’ rights organizations and will be supporting multiple charities and activist organizations throughout the tour."

The reunited quartet of singer Zack De La Rocha, guitarist Tom Morello, drummer Brad Wilk and bassist Tim Commerford will start in March at several cities along or near the Mexican border, before headlining the 2020 installment of Coachella in Indio, California.

The rest of the spring and fall will see the group playing a number of arena shows and festivals, including Boston Calling, Firefly Music Festival and Ottawa Bluesfest. The band will then head to Europe in late summer for a string of major festival shows.

RAGE AGAINST THE MACHINE last played together in 2011 at L.A. Rising and has resisted calls for a reunion, with De La Rocha previously believed to be the lone holdout. Morello, Commerford and Wilk have since teamed up with PUBLIC ENEMY's Chuck D. and CYPRESS HILL's B-Real in the similarly styled PROPHETS OF RAGE.