RAINBOW's 'Memories in Rock II' To Include New Song 'Waiting For A Sign'; Cover Artwork Unveiled

Reactivated RAINBOW will release, "Memories in Rock II" on April 6 via Minstrel Hall/Soulfood. The set will include a double CD of the June 2017 U.K. RAINBOW concerts, a brand-new RAINBOW studio song called "Waiting For A Sign", a DVD containing over 80 minutes of interview footage with the band and crew, an additional backstage clip and a video for the 2017 studio version of "I Surrender".

Back in May, the revamped version of RAINBOW released its first new music in more than two decades. Two tracks were made available on iTunes: an instrumental song called "Land Of Hope And Glory", which is is a reworking of the 1902 British patriotic song of the same name from Edward Elgar's "Pomp And Circumstance March No. 1", and a re-recording of the RAINBOW classic "I Surrender", which was written by Russ Ballard and was first released by RAINBOW in 1981. The latter song features vocals recorded by Ronnie Romero, who is originally from Chile but is now settled in Madrid. 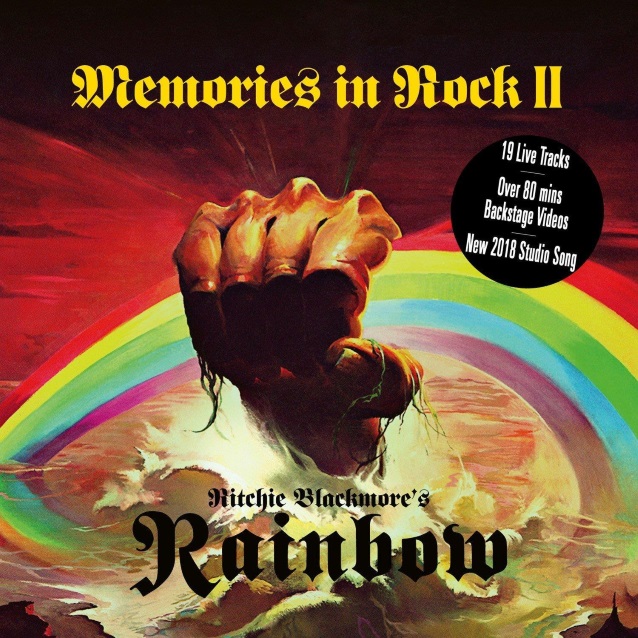