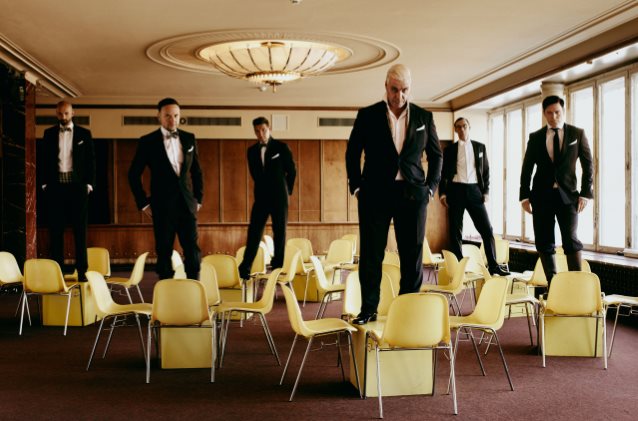 German industrial metallers RAMMSTEIN will mark the launch of "Rammstein: Paris" with a visit to London to meet fans and sign copies of this long-awaited concert film, first shown theatrically and now available as a multi-format, lavishly-packaged release via Spinefarm Records.

This rare event — only the second time RAMMSTEIN has undertaken a signing session of this type in the U.K. — will take place on Wednesday, May 24 at the historic Café De Paris in London's West End.

Fans will be able to queue outside the venue from 5 p.m. on May 24, and wristbands will be distributed to ensure entry.

In March 2012, during the "Made In Germany" tour, Swedish director Jonas Åkerlund shot two acclaimed RAMMSTEIN concerts at the Palais Omnisports arena in Paris in front of 17,000 rabid fans. Featuring 22 songs (128 minutes) from the band's entire repertoire, the resulting film is not only the most spectacular collection of imagery about the most successful German rock band of our time, but also a masterpiece of music cinema, capturing RAMMSTEIN's energy as a unique visual and sonic experience.