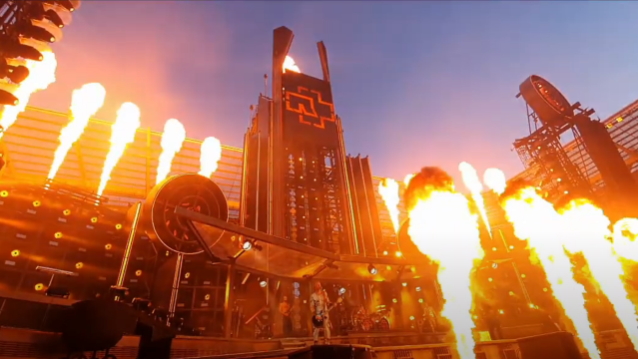 According to Coventry Telegraph, RAMMSTEIN's concert at Coventry Building Society Arena in Coventry, United Kingdom over the weekend was so loud it could be heard more than 10 miles away.

Residents as far away as Burton Hastings — which is eleven miles from the venue — reported hearing "loud thumping" and "loud beats" through their closed windows during the band's performance on Sunday (June 26). A loud boom was heard around 10:20 p.m. as fireworks lit up the night sky to end the gig.