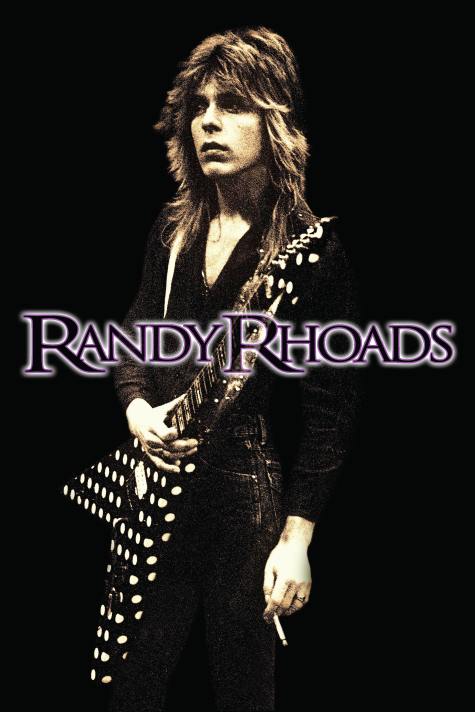 Before his tragic death at the age of 25, Randy Rhoads was on a fast track to being hailed by critics and public alike as the greatest rock guitar player of all time. Over a short two-year period, Randy recorded two seminal multi-platinum albums with Ozzy Osbourne, which are heralded today as among the most noteworthy recordings in hard rock music history. Through his jaw-dropping six-string work on songs such as "Crazy Train", "Mr. Crowley" and "Flying High Again", Randy Rhoads achieved legendary status as a guitar icon and his artistic legacy continues to grow with each passing year.

A brilliant guitar virtuoso, Randy's masterful ability of bridging rock and classical techniques helped him forge a groundbreaking style of guitar playing. In 1981, Guitar Player magazine honored Randy by selecting him as best new talent of the year. Humble and self-effacing, Randy refused to rest on his laurels. Instead, being bestowed with this prestigious award motivated him to strive for greater creative heights. Tragically, Randy's life ended much too soon when on the morning of March 19, 1982 he was killed in a small private plane that careened into the garage of a plantation home in Leesburg, Florida.

Randy Rhoads' ascendancy to super-stardom was inevitable. Tirelessly honing his craft, he was a devoted student of his instrument, endlessly practicing and perfecting his skills. His days were spent as a guitar teacher and by night he solidified his rising reputation as the "next big thing" on the Hollywood club scene. His big break arrived when he assumed the lead guitar slot in Ozzy Osbourne's solo band. Soon the entire music world would be dazzled by his spectacular flights of fiery fretboard sizzle, swiftly recognizing the merits of this burgeoning guitar genius.

No one-trick pony, Randy was well versed in a multitude of musical genres seamlessly cross-navigating rock, blues and classical. In fact, his immense love of classical music continued to be a driving force in his life. Until his untimely death, he continued to take classical guitar lessons in an effort to break new ground as a player.

Finally, after years of anticipation, comes the release of "Randy Rhoads", a biography written by Steven Rosen and Andrew Klein, which vividly documents Randy's life and career. Teeming with hundreds of rare photographs and memorabilia, the book chronicles an oral history of Randy's remarkable life through those who knew him best. Packed with countless emotional and poignant stories about the guitar icon, the book weaves a powerful tapestry of colorful memories about his life, which help provide deeper insight into Randy, the man, the myth, the legend. His life is a lasting testament to his supernatural talent and quiet humility.

"Randy Rhoads" is being published by the Velocity Publishing Group.