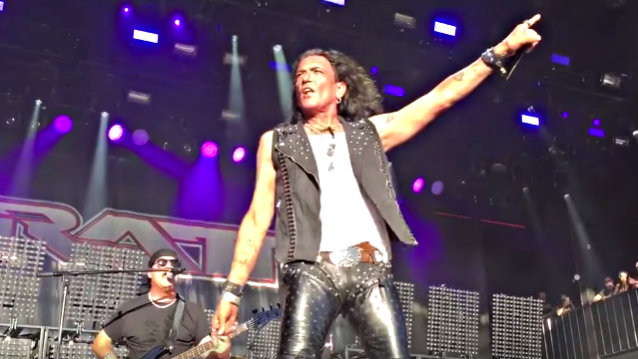 The new breed of RATT, led by founding members vocalist Stephen Pearcy and bassist Juan Croucier, will relaunch its well-storied hard rock brand this summer with a teaser of tour dates that foreshadow a schedule that will keep the band busy through the end of the year.

While RATT has evolved over several decades and endured various incarnations, this "new breed" of RATT promises to bring a renewed energy to the band.

"We have not had an all-original-member lineup since 1991, and sadly with the passing of Robbin Crosby, that chapter is over," said Pearcy. "However, if you still want to see the original band, there are many videos on YouTube and other places for fans to enjoy. That was a great band, but I guarantee that the new breed of RATT that we put on stage every night will be in your face, energized and fully engaged. Simply put, the band our fans deserve."

The new RATT promises to deliver a show heavy in the hits from the band's biggest albums which have sold over 20 million copies worldwide. Being one of the original Sunset Strip hard rock bands of the '80s, RATT began its infestation with the quadruple-platinum debut "Out of The Cellar". The band continues to grow its global fanbase to this day, as new fans discover RATT through streaming services like Spotify, songs in movies and new youth-oriented TV shows. The band is planning new tracks for 2019, along with a worldwide tour in support of "Out of The Cellar"'s 30th anniversary.

"Naturally, we are excited for the future of RATT," declared Croucier. "Our long-term goals are still the same: give the RATT fans the highest-quality shows possible — period. The evolution of the band has had many twists and turns. We are looking to the future and to the many good times ahead. We are moving forward with — the new breed of RATT!"

Back in March, it was reported by the Metal Sludge web site that guitarist Warren DeMartini was fired by Pearcy and Croucier, with undisclosed sources telling the site that "serious issues" existed between the three members of RATT's classic lineup. Fellow RATT guitarist Carlos Cavazo apparently confirmed the report a few days later, telling the site that he couldn't see himself continuing with the band without DeMartini. "I can't picture anyone else being there other than Warren," Cavazo was quoted as saying.

RATT — featuring DeMartini, Pearcy and Croucier — played a number of shows last year after reforming in 2016 in the midst of a highly publicized legal battle with drummer Bobby Blotzer over the rights to the RATT name. They were joined at the gigs by Cavazo and drummer Jimmy DeGrasso, who previously played with Y&T, WHITE LION and MEGADETH, among others.