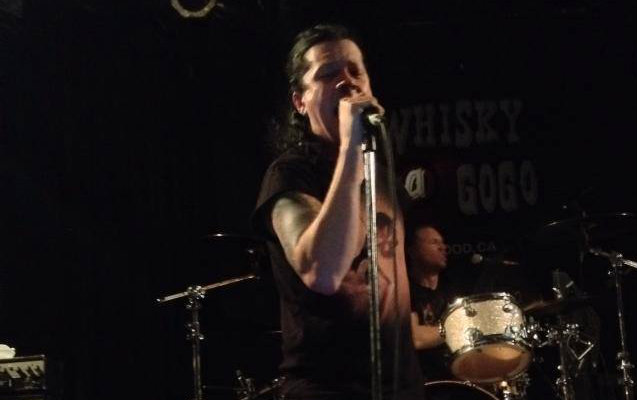 Asked to explain what happened to cause the concert to be such a disappointing experience, Darren said: "What happened was a bunch of dates came up and we had very little time to rehearse or get here. We had four rehearsals, and out of the four rehearsals, only three of them were what I would consider rehearsals. They were late night 'till three in the morning. We rehearsed the night before the show, which, to me, is taboo.

"I'm in Vegas. It's dry in the summer. In this weather, I didn't even have a warm coat. I thought it was warm here, 'cause I'm a bit of an idiot and I didn't know.

"We would rehearse, like, six or seven hours a night, and then we rehearsed the night before the show. And then we had to get up for seven 'clock. So we had three, four hours of sleep, tops. [We] drove five hours, roughly, to L.A. [We got] there early. We [were] setting up and the paparazzi were in there for soundcheck; there was 140 people watching us soundcheck, and everything was fine then. But everybody was… There was just too much talking… I was hoarse, I hadn't slept, and I was coming down with a throat infection. And Ronnie [Mancuso, bass] gave me some medicine; I didn't know it was prescription. And I had one last shot before walking on — 'cause everybody in the band did one together — and it kicked in midstream. At the same time, too, no one told me how to be in the band; no one said, 'You should act like this. You should do this. You should do that.' No one said anything. They just said, 'Do what you do, Darren.'

"I've been playing the bar scene for quite some time, and I'm the entertainer, I'm a jokester, I'm a ham. And I thought they wanted Ozzy — old, party-drunk Ozzy. Boy, was I wrong!

"So all the haters came out and they told me what they thought. They judged me on that, and that's all they really have to go by, to judge me on it.

"I don't think it was necessary to be so cruel — it was borderline racism at some points.

"I've never been hated to that degree; I've never had any naysayers in my life. And I had no idea what I was walking into. I mean, I was probably drinking a little bit to calm my nerves. But Jake E. told me, he goes, 'It's my fault' — Jake's fault. He said, 'We didn't have enough time to rehearse. There was no reason why we should have done the Whisky as the first show. We should have went out and did other shows, but there was no time.' So we pushed the envelope and it didn't work out.

"But Jake E. knows I can sing, Jake E. likes my voice, and at the end of the day, if my band likes what I do, that's all that matters."

"The people [at the San Diego show on December 15] were great. A lot of them were at the Whisky show, and they all came up and said, 'That was so much better.' But I was still only working on, like, four pistons out of the six. I'm still not 100 percent. But anyway, I'm good now, but I'm just gonna go steambath myself all day tomorrow and I'll be fine.

"Like I said, back home, when I'm doing the club scene, just to tolerate being in a club for four hours and playing covers, I would just drink. And I only drank when I was playing. I wouldn't get smashed — I've never done anything that bad before. But I just went out there and did what I thought I was supposed to do. And I read a lot of the comments, and they were hurtful, but at the end of the day, they're not all wrong. So you can always learn, and I learned more about what these people want from me. They want me to let Jake E. shine. They were kinda, 'Oh, you're upstaging him.' Well, I wasn't trying to, I was just doing what I do. So I pulled it back. And I kind of know what my position is. And singing Ray Gillen [late BADLANDS frontman] songs, that's no easy task. And if you think it is, fuck you — you don't know what you're talking about. It ain't easy. But I still listen to those songs, I still try to learn every nuance of his voice, 'cause to me, he was probably the best rock singer of the '80s, '90s, bar none, and it's an honor to sing these songs. And I wanna do a good job and pay tribute to the man that still stimulates me musically; he's just brilliant. And I listen to 'Rumblin' Train' and 'Sun Red Sun', and I just go, 'Wow, I get to sing these songs.' So I'm not trying to do anything other than I'm capable of."

RED DRAGON CARTEL will release its self-titled debut album on January 28, 2014 via Frontiers Records. The CD was recorded at Las Vegas' The Hideout Recording Studio — owned and operated by Kevin Churko (OZZY OSBOURNE, FIVE FINGER DEATH PUNCH, IN THIS MOMENT) — and was produced by R. Bernard Mann (a.k.a. Ronnie Mancuso) and Jake E. Lee, and executive-produced, mixed and mastered by Churko. 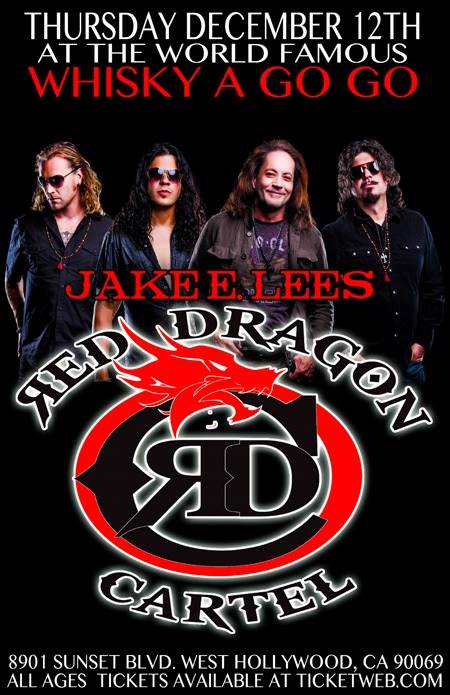