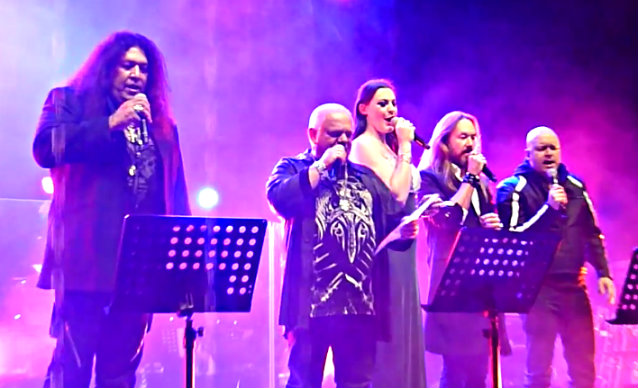 Fan-filmed video footage of the December 18 concert of this year's Christmas Metal Symphony European tour at RuhrCongress in Bochum, Germany can be seen below.

It is a well-known fact in the world of international metal fans that Tilburg in The Netherlands was host of this impressive metal show for two years. As a direct result of the succes of these shows, the requests for bringing it to the rest of Europe kept growing. Nowthe time is right to fulfill these wishes and bring this monster on the road.

Christmas Metal Symphony comes with six fantastic international metal vocalists, a six-piece metal band with musicians from bands like EPICA, AFTER FOREVER and STREAM OF PASSION and an impressive 32-piece symphonic orchestra.

The heavy backbone of the show is METALFORCE 1. These musicians were handpicked by Joost van den Broek and these Santa's Little Helpers contain some of the finest metal artists:

Over the last 35 years of metalmusic, bands have written many concept albums and concept shows; great stories and fantastic songs. The team of Christmas Metal Symphony therefore decided that with the impressive heritage of all these great metal songs ever written, it would be a shame not to use them. So for this reason you can expect performances of your all time favorite metal songs, by some of the best international artists who are part of that great metal history themselves. All of this in a great Christmas and metal setting and brought to you as a full metal show; loud and extremely powerful… just like the doctor ordered! 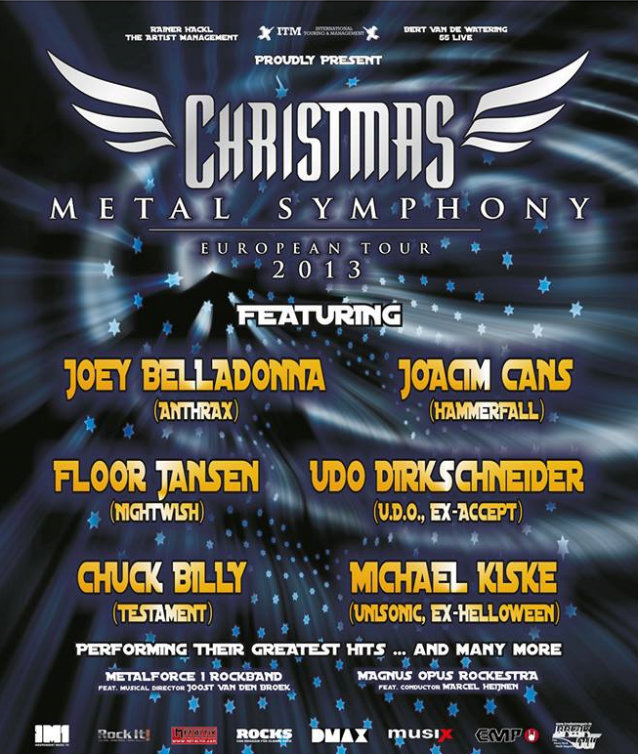