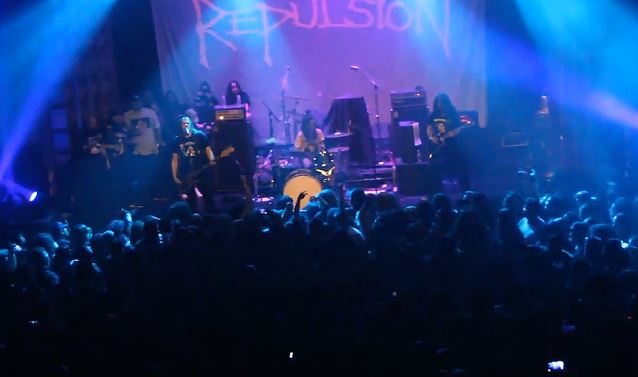 REPULSION Pays Tribute To LEMMY With 'The Hammer' Performance (Video)

Legendary grindcore act REPULSION paid tribute to iconic MOTÖRHEAD frontman Ian "Lemmy" Kilmister by playing the MOTÖRHEAD song "The Hammer" during their January 9 concert at the Show Your Scars Festival in Los Angeles, California. Fan-filmed video footage of the performance can be seen below.

Formed in the mid-1980s in Flint, Michigan, REPULSION is an early grindcore/death metal band. The group's material enjoyed modest, albeit posthumous, exposure when U.K. grindcore pioneers CARCASS distributed a REPULSION compilation titled "Horrified" on their own Necrosis Records label; a subsidiary of Earache Records. With interest in REPULSION rekindled, the band decided to reform in 1990.

REPULSION recorded two self-financed demos in 1991: "Rebirth" and "Final Demo". Later that year they released a single on Relapse entitled "Excruciation" before breaking up again in 1993. Carlson went on to play in CATHEDRAL while the rest of the band pursued short-lived projects or simply returned to everyday life. Relapse re-released "Horrified" again in 2003, drawing attention to REPULSION once more, and prompting the band to resume performing live. In 2004 REPULSION also released a live DVD.

In 2008, REPULSION opened for Swedish metallers AT THE GATES on their "Suicidal Final Tour" in California, along with DARKEST HOUR and MUNICIPAL WASTE. 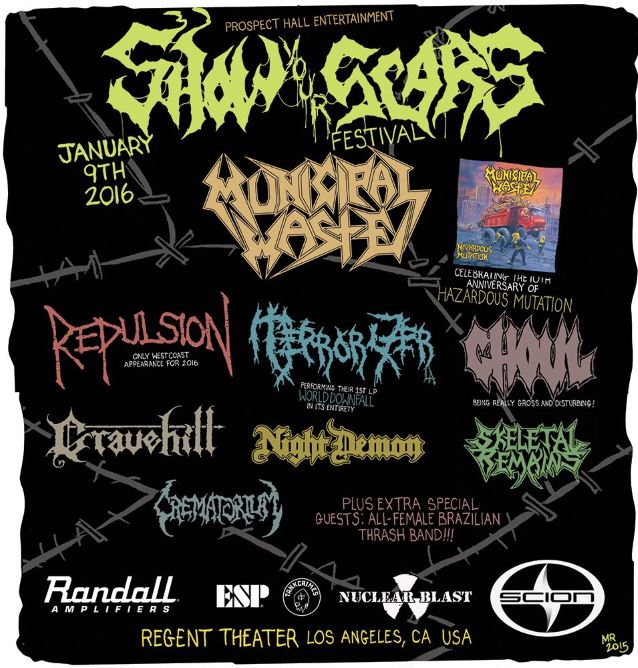