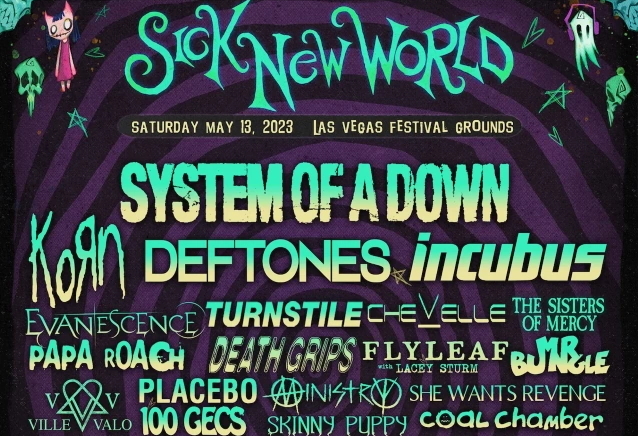 Reunited COAL CHAMBER And FLYLEAF To Join SYSTEM OF A DOWN, KORN At Las Vegas's SICK NEW WORLD Festival

SYSTEM OF A DOWN, INCUBUS, KORN, EVANESCENCE and DEFTONES will headline Sick New World, a new music festival featuring some of the biggest names in nu-metal. Also scheduled to appear are the newly reactivated FLYLEAF, featuring the band's original lead singer Lacey Sturm, and the reunited COAL CHAMBER, which hasn't performed live since 2015.

The event will be held on Saturday, May 13, 2023 at the Las Vegas Festival Grounds in Las Vegas, Nevada.

For tickets and the full list of amenities available in each ticket package, visit www.sicknewworldfest.com.

COAL CHAMBER existed for ten years before disbanding in 2003 to pursue other musical projects. They reunited in 2011 for touring purposes but it wasn't until 2014 that the band began work on a new studio album of original material, the aforementioned critically acclaimed "Rivals". Several months of touring activity followed before singer Dez Fafara returned to DEVILDRIVER to make a new record, 2016's "Trust No One". 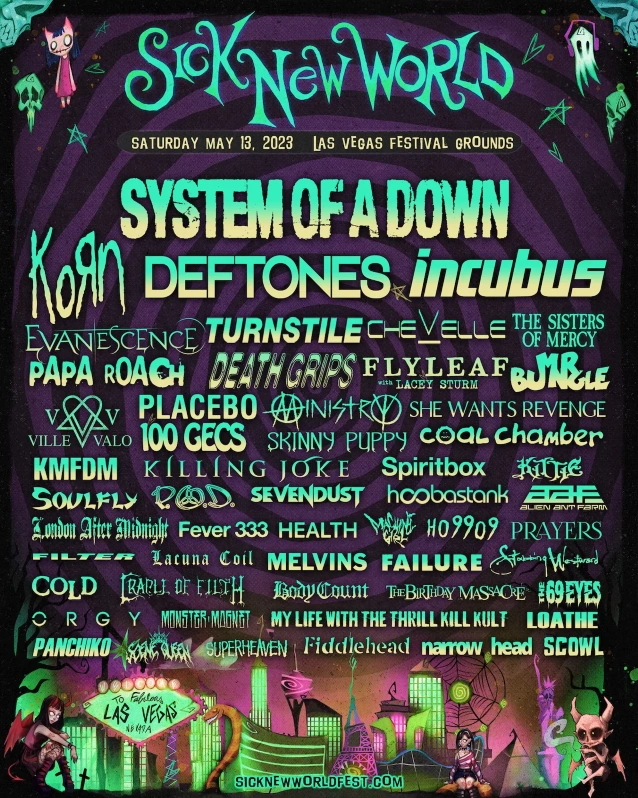