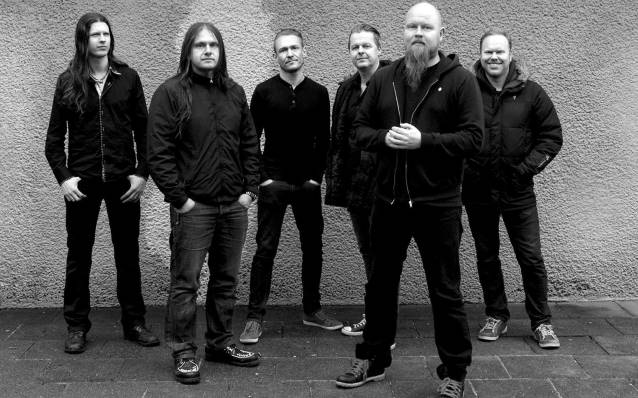 Norwegian prog-rock/avantgarde legends GREEN CARNATION will reunite to perform their second concept show, "A Night Under The Dam", deep in the mountains of South Norway on July 31. The concert will include both acoustic and plugged parts and showcase songs from all of the band's five albums.

GREEN CARNATION achieved cult status with prog-rock/avant-garde metal fans all over the world in the early 2000s with its 60-minute masterpiece "Light Of Day, Day Of Darkness", and is renowned for releasing extraordinary records and DVDs throughout its career.

The band's last big show before disbanding was the first "A Night Under The Dam", which was later released on DVD. The band performed its entire album "Acoustic Verses" with guest artists and Kristiansand String Quartet. It is on this exact spot the band will make its comeback eight years later.

"The first 'Under The Dam' was a very special evening for us," says GREEN CARNATION founding member Tchort. "People from USA, Italy, Netherlands, Ireland and a few more countries found their way to deep into the Norwegian mountains. We hope to create something very unique again. It wasn't really an option to redo exactly what we did last time, and we will be working hard to give the audience more than they expect."

Adds GREEN CARNATION singer Kjetil Nordhus: "This is not something that has been in the pipeline at all. I think the different band members really did not expect ever to get together again as GREEN CARNATION again. But when we had a chance to play 'Under The Dam' again, we sat down, discussed the possibilities and it was soon clear that this was something we were all very much up for. We are all in a different stage in life now, and simply cannot wait to work creatively together again."

GREEN CARNATION will be available for festivals and special shows in the foreseeable future.