Returning to Revolver magazine is both former editor in chief Brandon Geist, who will now be editorial director and chief content officer, as well as former photography director Jimmy Hubbard who will serve as creative director. Geist worked at Revolver magazine for close to ten years before departing in 2014 for Rolling Stone, where he served as editorial director for the online division. Hubbard oversaw the visuals for Revolver, Guitar World and Guitar Aficionado for over a decade before going solo in mid-2015 and creating video content for METALLICA, MASTODON and BARONESS, among others.

"I'm very excited to take the reins at Revolver once again and to be reunited with Jimmy as we continue our mission to tell the most compelling stories about the metal music and lifestyle that we love," said Geist. "Revolver is about to come back stronger than ever and I think our fellow metal diehards will be just as stoked as I am when they see what we have in the works. Look out for a big relaunch this fall."

Project M Group, LLC was founded by CEO Enrique Abeyta and chief creative officer Skip Williamson. Abeyta has spent the last 25 years as an entrepreneur and investor in the technology and media industry. Williamson is a former partner at Lakeshore Entertainment, where he produced several films including the "Underworld" and "Crank" film franchises. Additionally, he is the founder of two records labels, including the multi-Grammy-nominated soundtrack label Lakeshore Records.

Current executive editor Sammi Chichester will remain with the magazine in the same role.

In print for over sixteen years, Revolver has provided its readers with unmatched access to the biggest bands in heavy music as well as the scene's most important up-and-comers. Artists from BLACK SABBATH and NINE INCH NAILS to TOOL and SLIPKNOT have appeared on its cover, and Revolver was an early champion of bands including AVENGED SEVENFOLD, LAMB OF GOD, MASTODON, GOJIRA, VOLBEAT and DEAFHEAVEN. In 2009, the outlet ushered in the concept of a magazine-driven awards show in North America with the Revolver Music Awards (formerly Revolver Golden Gods),which, over the ensuing years, hosted performances and appearances by METALLICA, GUNS N' ROSES, Ozzy Osbourne, SLAYER, Marilyn Manson, Johnny Depp, Dave Grohl, Nicolas Cage, Jack Black, THE DILLINGER ESCAPE PLAN and many more. The show aired on VH1 Classic, AXS TV and Xbox Live, and live-streamed on Facebook and Amazon. 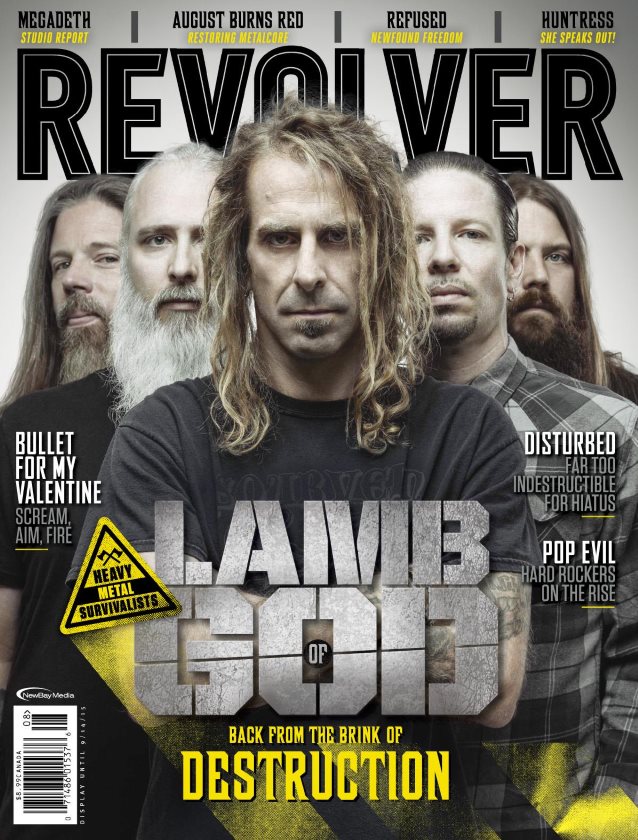