"In An Instant", the new video from guitarist/singer/songwriter Richie Kotzen, can be seen below. The clip was directed by Vicente Cordero and features Kotzen, Alisa B, Julia Lage, Dave Wood, Dylan Wilson and Mike Benett.

"In An Instant" is taken from Kotzen's 20th solo album, "Cannibals", which was digitally released on January 8 via his Headroom-Inc label.

"'Cannibals' is an interesting record for me," Kotzen explains, "because much of this material is comprised from recordings that are as old as 10 years. The title track is the most recent song I've written. That was from 2014, but 'Come On Free', for example, was originally recorded back in the early 2000s. I always liked the track, but never knew how to fit it into one of my records. Somehow I thought now was the time, so I went back to the original recording and did a remix. The only new overdub is the chant at the end, which happened recently one night when I was playing the song for my friends. I had a bunch of friends in the studio from Brazil and they all started chanting. I was like, 'ALL THAT!' and put up the microphone and we recorded it with no headphones. Everyone was having a great time. It was so spontaneous.

"The track 'Time For The Payment' is also an older recording from 2008. I would have included that on my album 'Peace Sign' back then, but it didn't seem to make sense at the time. That recording is unchanged. I just had it mastered and I think it is a great closer for the record.

"'In An Instant' and 'The Enemy' were both written by combining new song ideas with previously recorded material. I wrote 'The Enemy' chorus in 2014 when I originally recorded the song, but I didn't like the verse I had written. After spending a day listening to old song ideas, I found an older song of mine with a great verse idea and intro, and basically copied and pasted that recording into the current recording. Then I sang everything over, made some creative edits, re-wrote some lyrics, and ended up with 'The Enemy'. I probably shouldn't reveal this, but half the song has a drum and guitar performance from several years ago and the rest of the song is comprised of new recorded performances. Crazy concept, but somehow it worked and I ended up with a recording that I'm very happy with. I did the same trick with the song 'In An Instant'.

"I suppose my proudest moment on 'Cannibals' is the song I wrote with my daughter, August, called 'You'. I originally released this as a single/video at the end of 2014. It was born from a piano idea she had written when she was 13 or 14 years old. I found the original recording of her piano performance on my computer and wrote lyrics to it last summer. Probably one of my favorite things I've ever recorded.

"I also did a duet with someone who I've always been a fan of, Doug Pinnick from KING'S X. I was at a house party and Doug was there, and we were talking about how we should do something together one day. When I went back to the studio I was working on the song 'I'm All In' and then it hit me. I called Doug and asked him if he would trade vocals with me on the tune and we did it! He added a whole other dimension to the track. I'm glad I called him!" 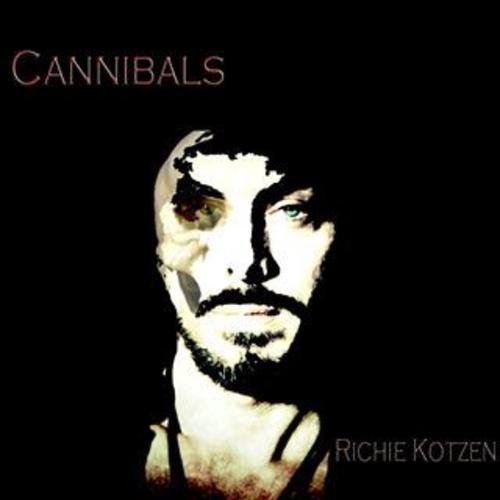