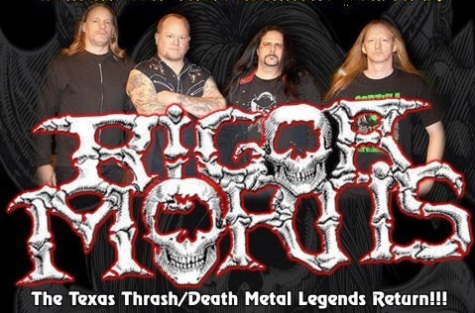 The RIGOR MORTIS members have been feverishly writing new material in between other projects. Scaccia and Orr recently contributed songs to the upcoming MINISTRY record, "Relapse", and are gearing up for the "Defibrillatour" this summer. Corbitt has been busy touring with his band, WARBEAST, most recently in support of the mighty GWAR. Harrison was recently in the studio recording with his band MITRA.

The return of RIGOR MORTIS has been a long time coming. Though the band has reunited for a handful of shows over the last several years, schedules and personal lives just wouldn't allow for the time and commitment necessary for the band to properly reemerge with new material and a determination to take RIGOR to the next level.