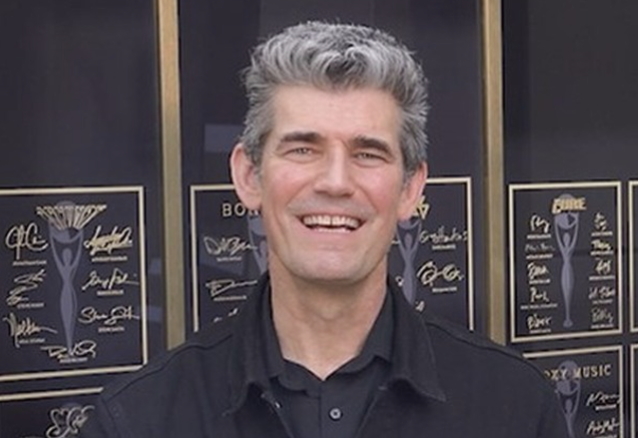 Rock And Roll Hall Of Fame president and CEO Greg Harris has addressed criticism from rock fans over the fact that rapper Jay-Z is being inducted this year while IRON MAIDEN has been snubbed.

Even though artists are eligible for the Rock And Roll Hall Of Fame 25 years after the release of their first album or single, iconic hard rock and metal bands like MAIDEN, JUDAS PRIEST and MOTÖRHEAD have yet to be recognized by the institution, which inducted GUNS N' ROSES in that group's first year of eligibility.

Asked if he believes MAIDEN is worthy of being inducted into the Rock Hall, Harris told Joe Rock of the WBAB radio station (as transcribed by BLABBERMOUTH.NET): "There's no doubt that [IRON MAIDEN] are an impactful, influential band, and that's why they were nominated this year, along with 15 other artists and acts, and when the votes came in, these six [FOO FIGHTERS, Jay-Z, Tina Turner, THE GO-GO'S, Carole King and Todd Rundgren] were the leaders. So we're not questioning, are they an important band, are they impactful and influential.

"Of those that have been nominated throughout history, over 80 percent of them have been eventually inducted into the Rock And Roll Hall Of Fame," he continued. "So everybody has their favorites; everybody has different artists that impacted them or impacted other artists. So, if you look at this list, you can make that case for all of these folks, just like people make that case for IRON MAIDEN."

Asked how he would respond to people who say that the Rock And Roll Hall Of Fame should be more correctly called the Music Hall Of Fame, Harris said: "I think to get to the core of it, people like the stuff that's closest to them, and I think they need to expand their thinking of rock and roll. It's a big tent. Rock and roll was never just four skinny guys with long hair and guitars; it's always been diverse… We take that interpretation that these are all variants of rock and roll. And I think, underneath it, it frequently gets to the hip-hop question because some people are not fans. Well, the fact of the matter is that ship has sailed. We've inducted quite a few artists in that canon. It's a big tent and everybody fits under it. It's an attitude, it's a spirit, and that's rock and roll."

IRON MAIDEN was on the ballot for Rock Hall induction this year, but didn't make the class of 2021.

Eligible for induction for a decade and a half, IRON MAIDEN is one of the biggest bands on the planet. Since the arrival of its self-titled debut album, MAIDEN has released a further 15 full-length studio records, and sold over 100 million copies.