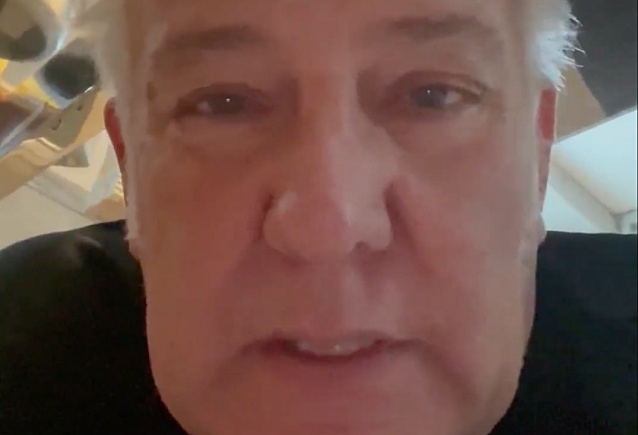 RUSH's ALEX LIFESON: 'Being Vaccinated Is A Really Good Thing'

According to RUSH fan blog Rush Is A Band, RUSH guitarist Alex Lifeson has shared a new video update for his AlexLifeson.com newsletter subscribers. In the 12-minute video, the 68-year-old musician rambles on about a number of random subjects, including his ENVY OF NONE project, his new amp, his cat, getting vaccinated and other stuff.

Regarding his stance on getting the COVID-19 shot, Lifeson said in part: "Get vaccinated… Being vaccinated is a really good thing, and if you're not, you're not really doing a good thing at all."

ENVY OF NONE, in which Alex is joined by Andy Curran (CONEY HATCH),Alfio Annibalini and singer Maiah Wynne, will release its self-titled debut album on April 8 via Kscope.