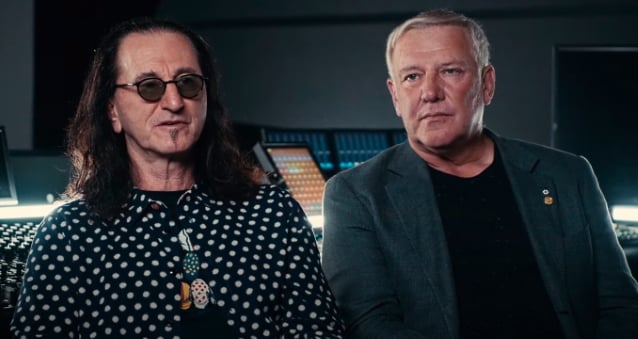 RUSH's Geddy Lee and Alex Lifeson are among the musicians who appear in "If You Could Read My Mind", a documentary on Gordon Lightfoot, streaming on-demand this summer.

Directed by Martha Kehoe and Joan Tosoni, the film is described as "an intimate portrait and exploration of the career, music and influence" of thwe legendary Canadian musical icon. With unprecedented access to the artist, the film takes audiences from high school auditoriums in straight-laced, small town Ontario in the 1950s to the coffee houses of Yorkville and Greenwich Village in the 1960s, through Lightfoot's turbulent, substance-fueled arena shows of the 1970s, and finally to the artist in present day. Elvis Presley, Johnny Cash and Barbra Streisand are only a handful of the stars whose recordings of "Early Morning Rain" and other hits helped Lightfoot's artistry leap across borders, but no matter how far his music travelled, he continued to write passionately about the country he called home. As fellow music icon Burton Cummings sums it up: "Gordon's stuff screamed Canada."

"If You Could Read My Mind", which made its world premiere at the Hot Docs Film Festival in Toronto last year, features additional interviews from many notable voices in the music industry, including Lightfoot peers Ian and Sylvia Tyson, Randy Bachman and Steve Earle; famous fans Anne Murray and Sarah McLachlan; as well as behind-the-scenes stories from members of his longtime band. 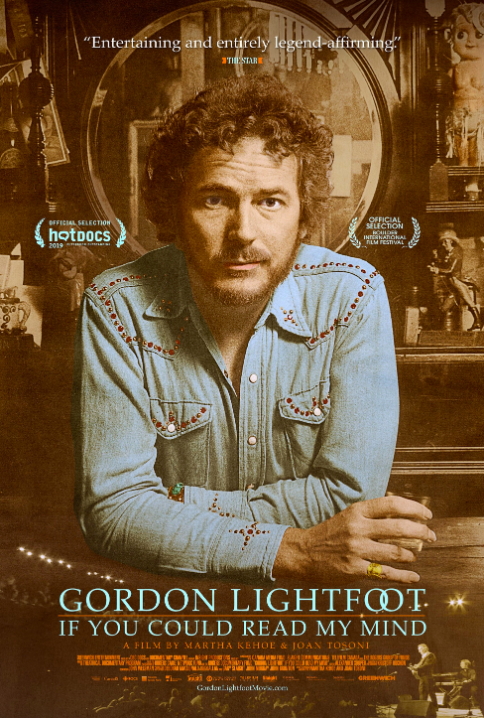