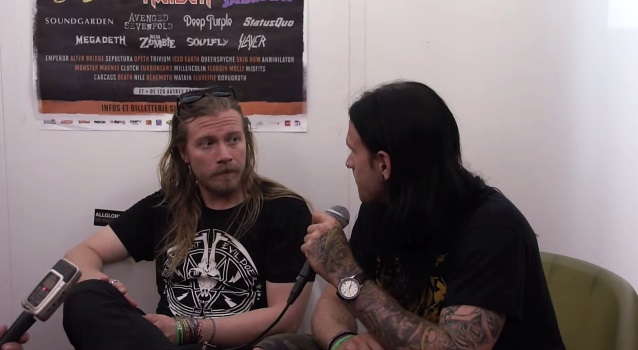 Metal Road conducted an interview with Swedish metallers SABATON at this year's Hellfest, which was held June 20-22 in Clisson, France. You can now watch the chat below.

SABATON's new album, "Heroes", sold around 3,100 copies in the United States in its first week of release to debut at position No. 99 on The Billboard 200 chart.

In a recent interview with The Metalithic, SABATON vocalist Joakim Brodén stated about the songwriting process for "Heroes": "As I was writing the album, I was suffering from extreme performance anxiety since this is the first album with the new lineup, and if I had fucked up and written a bad album, everybody would have blamed the new boys."