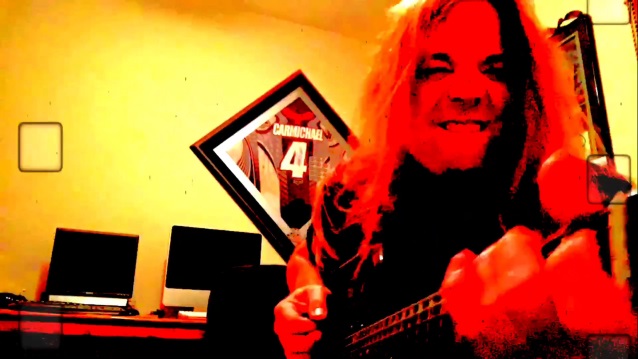 SADUS Working On First New Music In Over A Decade

Long-running San Francisco Bay Area thrashers SADUS are working on their first new music in over a decade.

Guitarist/vocalist Darren Travis tells BLABBERMOUTH.NET: "I have been working on new material for quite sometime with drummer Jon Allen in his personal studio in Texas.

"I am going to record again in Trident Studios in the next few weeks for two/three new tracks. Guitars and voice. Teasers will be posted on Facebook via YouTube links. Then full songs soon."

SADUS's last album, titled "Out for Blood", was released in North America in May 2006 via The End Records. The CD was issued in Europe in February 2006 through Holland's Mascot Records.

The follow-up to 1997's "Elements of Anger", "Out for Blood" was recorded at Trident Studios in California with producer Børge Finstad (MAYHEM, BORKNAGAR, VINTERSORG, EXTOL),engineer Juan Urteaga and manager Rob Lewis. The album featured a guest appearance on one track by TESTAMENT frontman Chuck Billy.