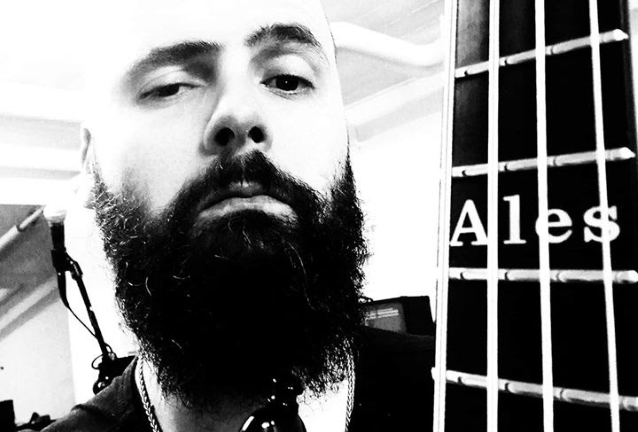 A former member of SYBREED, and currently with OBSYDIANS and THE ERKONAUTS, Ales has been playing with SAMAEL guitarist Thomas "Drop" Betrisey for many years. He is no stranger to the machines-versus-humans music of SAMAEL and has known the band since its early black metal days.

Ales has already shared the stage with SAMAEL on a few occasions, both with his previous band and current projects.

Campanelli will make his live debut with SAMAEL as part of Tohuwabohu, a worldwide, pay-what-you-want streaming metal event, on Sunday, June 21 at 18:00 Central European Time.

Ales joins SAMAEL as the replacement for Pierre "Zorrac" Carroz (SCARS DIVIDE, HEROD),who had played with the group since July 2018.

Longtime SAMAEL guitarist Marco "Makro" Rivao left the band in April 2018 "to do something different." Bassist Drop has since taken over guitar duties in the group.