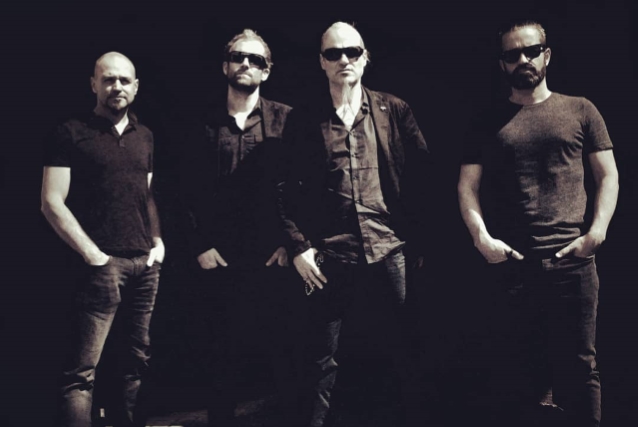 Swiss industrial black metallers SAMAEL have released a music video for the song "Samael". The track is taken from the band's latest album, "Hegemony", which was released in October 2017 via Napalm Records.

Says the band: "The video was shot last summer in Poland and Switzerland. It was filmed and edited by Sergey Ulyanov already responsable for the 'Rite Of Renewal' video. We tried to restitute the energy of our live performance from which our crowd is a big part. Some of the shots were actually sent by fans and integrated in the final video. It's all about you, enjoy!"

SAMAEL will embark on a tour of Germany, France, the Netherlands and Switzerland in May.

Says the band: "We are thrilled to announce the 'Hegemony' tour in May 2019! This is our first European tour since the 'Lux Mundi' tour in 2011 and we are looking forward to being back on the road. We are excited to present our new material live alongside 'classic' SAMAEL songs and we will make sure that these shows will be remembered for a long time!”

Longtime SAMAEL guitarist Marco "Makro" Rivao left the group in April 2018 "to do something different." Bassist Thomas "Drop" Betrisey has since taken over guitar duties in the band.

SAMAEL's 2011 album "Lux Mundi" (which translates as "Light of the World") will be reissued later this year.